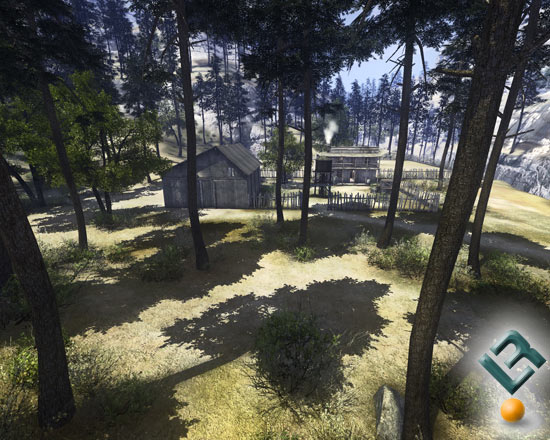 Call of Juarez is a Western-themed first-person shooter from the Polish developer Techland. First released for Windows in 2006 as a DirectX 9 title, it was re-released on June 12, 2007 as a DirextX 10 game title. Call of Juarez was one of the first games to utilize Microsoft’s DirectX 10 and it is included in our testing for this reason. We have test Call of Juarez before, but that was version 1.1.1.0 EN. Today, the performance results are from version 1.3.0.1 EN, which is a newer version with performance enhancements. 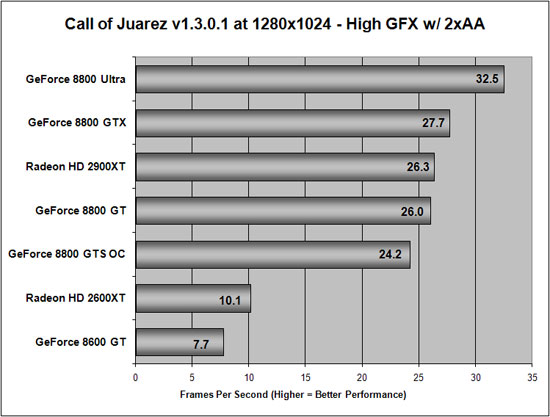 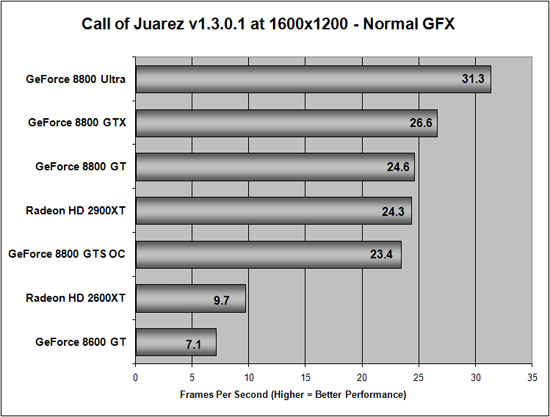