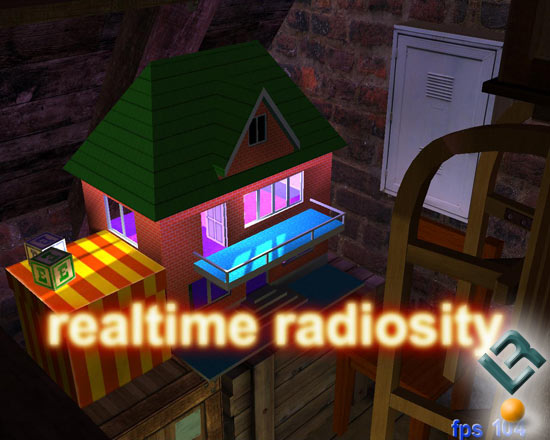 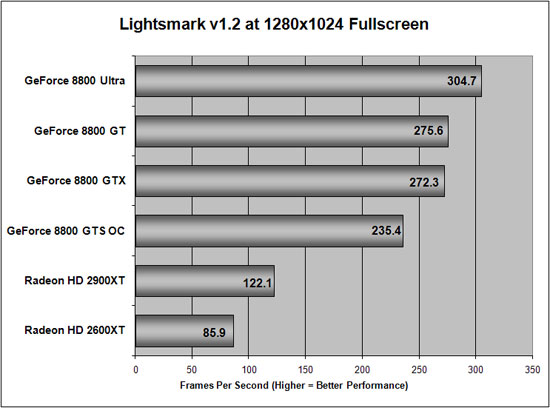 Benchmark Results: The GeForce 8800 GT actually passes up the GeForce 8800 GTX for the second time in our testing for this cutting edge benchmark. This is one of the first benchmarks that uses global illumination and realtime penumbra shadows, so these results are new and interesting. 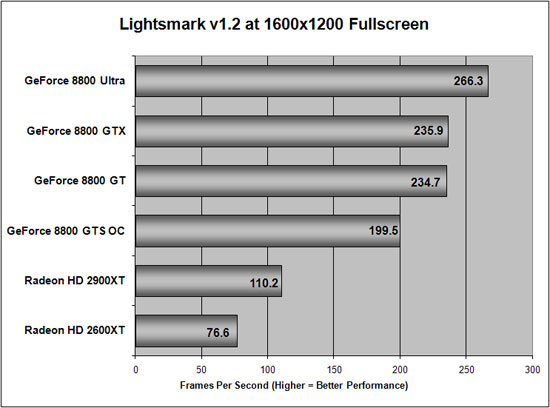