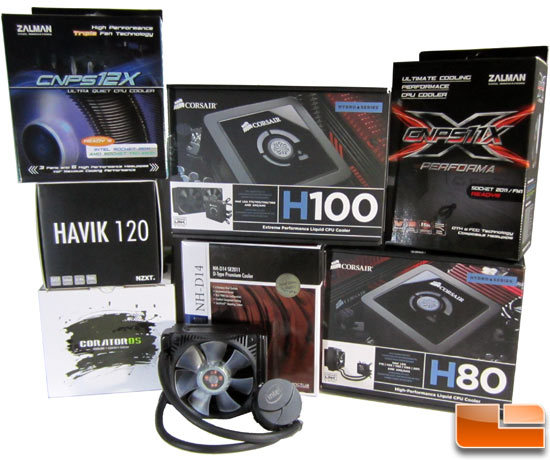 Unlike Intel LGA sockets of the past, the new LGA2011 socket uses a whole new mounting system. To account for this some manufacturers are providing new mounting kits for existing LGA1366 coolers; some even have special edition LGA2011 versions of existing coolers. The upside to the new mounting system is that there is no extra backing plate anymore; it’s built into the socket. 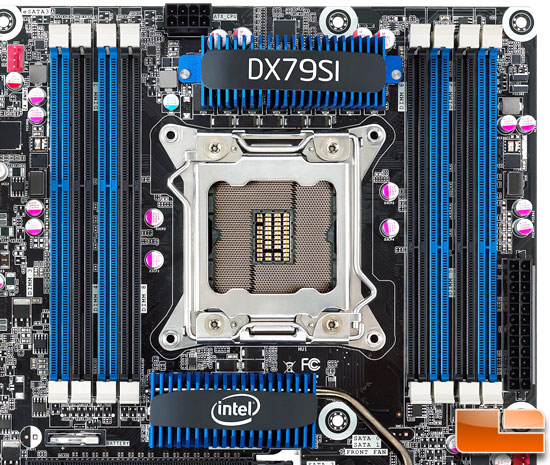 Along with a new socket layout and mounting system, the X79 motherboards have a new RAM slot layout as well. The socket is moved forward on the motherboard, and the RAM slots are now split to be on either side of the socket. In the past the end user only needed to worry about RAM clearance on one side of the cooler; now its on two.

Today we have an assortment of 9 coolers, both air and sealed water kits. To keep things fair we will go in alphabetical order.

Looking purely at size, the lightest weight CPU cooler of the bunch is the Zalman CNPS11X Performa. I looked at the Extreme version of this cooler not long ago and it did well for its size. It will be interesting to see how the stripped down Performa will perform. The largest of the group is the venerable Noctua NH-D14. Weighing in at over 1.2kg this behemoth of a cooler has set the level of quiet performance since it came out. I have received my new LGA2011 mounting kit from Noctua for my NH-D14 I reviewed back in February of 2010. So the original model that most enthusiasts have along with the recently released special edition NH-D14 SE2011 will be included in the round up. The SE2011 has different fans than the original, so we are interested to see if that will help the cooling performance of that model.

Now onto the first cooler, the Coolink Corator DS SE2011.