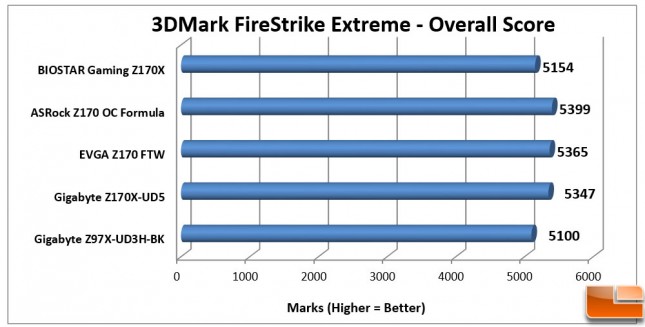 Futuremarks 3DMark benchmark has been a standard test for many years, while it includes multiple variations of the benchmark designed to test different system types, we will be taking a look at the Fire Strike Extreme test. Which is designed for high performance gaming systems. Unfortunately, the BIOSTAR Gaming Z170X failed to make a good impression with 3DMark, receiving the lowest score of the Z170 motherboards, and only slightly above the last generation Z97X test system run with an i5-4960K. 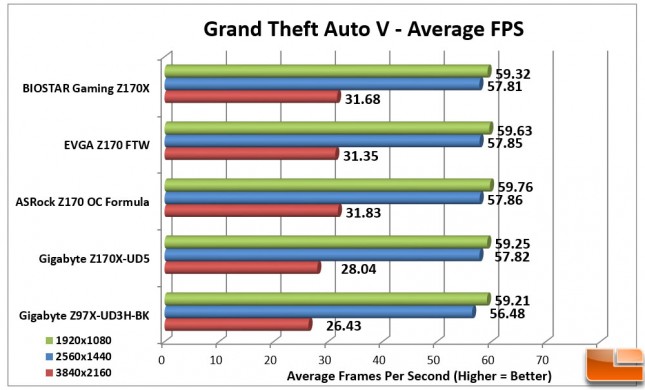 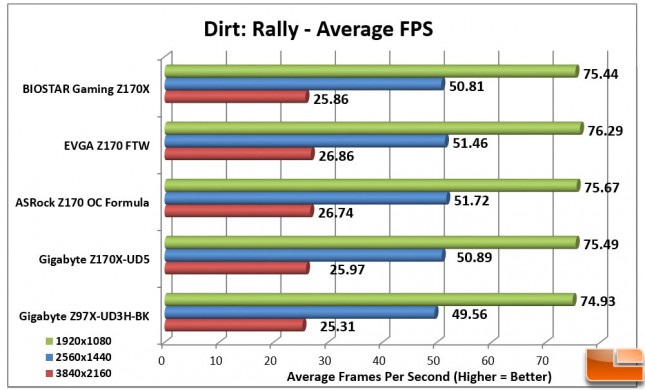 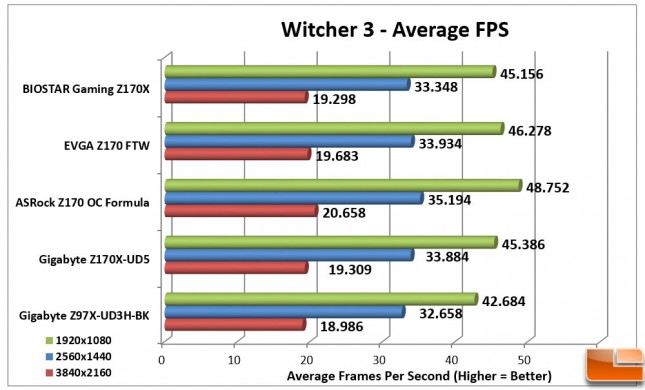 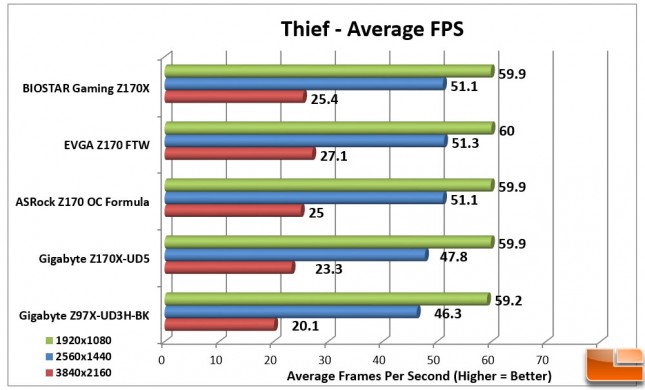 Gaming Performance Benchmark Results: While it didn’t get off to a good start with 3DMark, the BIOSTAR Gaming Z170X showed that can handle the workload of gaming. In the four games we tested, it received scores placing it at the bottom of the four Z170 motherboards, to the 2nd best performer.