Using a reliable P3 Kill-A-Watt meter, we monitored the power consumption of the test system throughout the testing phases. During each test, we made note of the lowest and highest readings, these are the readings we are taking a look at. 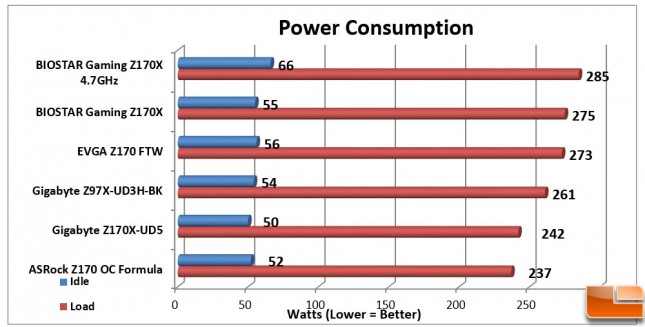 Legit Bottom Line: If power consumption is a concern, the BIOSTAR Gaming Z170X doesn’t use a lot when its idle, however once it gets to work and is under a heavy load it did tend to pull more power than I’ve seen; pulling almost 38W more than the power sipping to just 2W more than the other power hungry system. 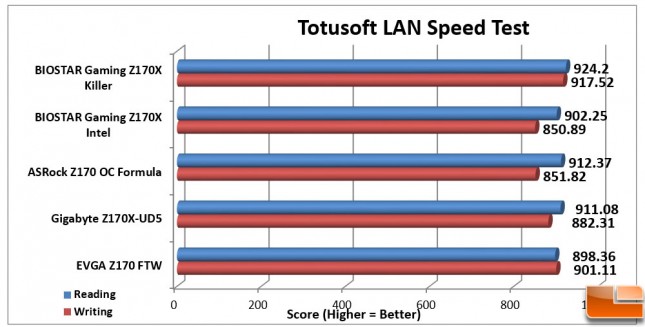 Legit Bottom Line: With two different integrated NICs we took a look at how both of them performed. We didn’t evaluate the special traffic shaping features of the Killer NIC. The performance of the Intel NIC was slightly lower than we have seen on other Z170 motherboards, while the Killer 2201 NIC performed slightly better. Keeping in mind that the difference we experienced across the vaious NICs is rather small and none of the differences should pose a significant impact to network performance.