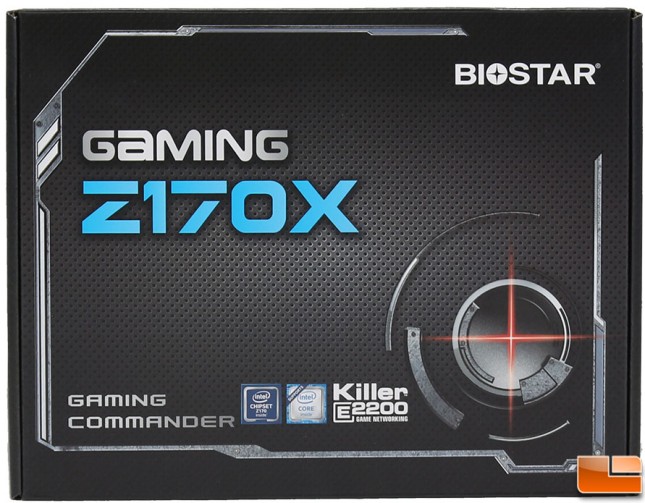 The BIOSTAR Gaming Z170X is packaged in a typical motherboard box, which has a black and silver color scheme. The front of the box briefly lists the key features, and has the BIOSTAR red targeting logo in the lower corner. 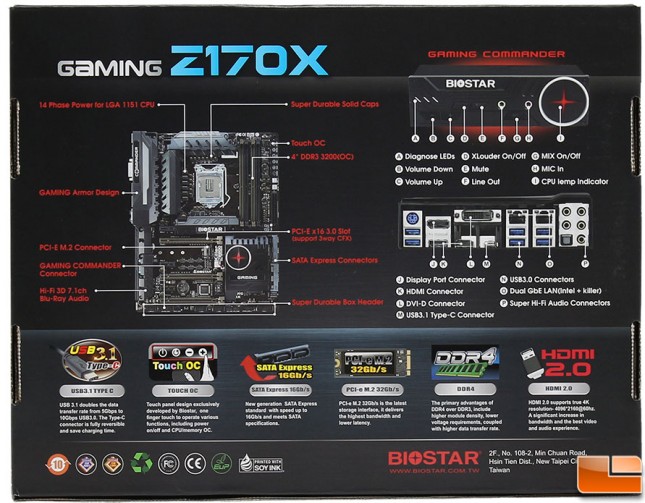 While the front of the box is plain, the back of the box we get a large amount of information on the motherboard and its features. An overview picture of the motherboard and the rear I/O tells us exactly what we can expect. For those that are unfamiliar with the Gaming Commander that is detailed as well. Six other features are called out and BIOSTAR provides some details on them.

Opening the box, we find all the accessories that BIOS star includes, broken out into three separate sections. Beneath the accessory tray is the motherboard, which is placed in an anti-static bag on top of a thin piece of foam.

BIOSTAR does a good job at including the necessary accessories, along with packaging them better than most. Included with the Gaming Z170X is the Gaming Commander, rear I/O port cover, four SATA cables, 4GB USB flash drive, user manual and various other user guides. The four SATA cables are packaged individually, and secured together with a velcro strap. The 4GB USB flash drive is a very nice change from having a driver disk included; many people are begining to build systems without optical drives, plus the USB flash drive is writable, meaning you can update it as necessary!