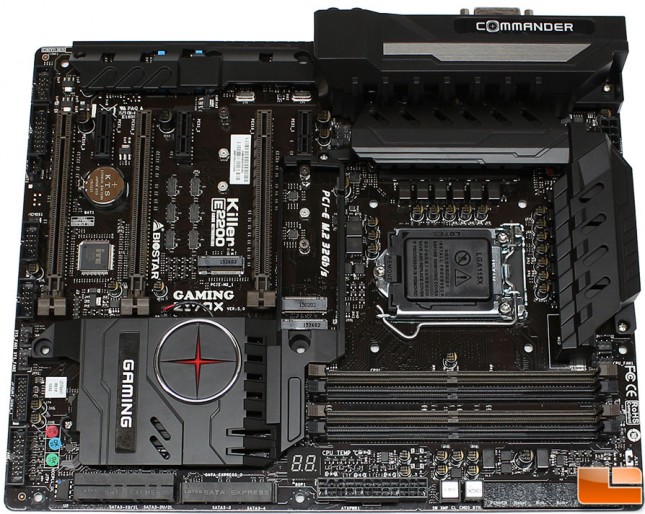 Overall, the BIOSTAR Gaming Z170X has a nice look and layout to it. They have done a good job at making sure all the headers and connections are placed in the right spot to make installation easy. While M.2 is superior to SATA, they have not taken over the market yet, the Z170X provides two M.2 slots and BIOSTAR has chosen to hide one of them under a cover. BIOSTAR gives the Z170X a military look with a black and brown color scheme with plastic elements on several features.

If you are into Overclocking, the BIOSTAR Gaming Z170X provided mixed results. We were able to get a good stable overclock to 4.7GHz, which is an average overclock with this configuration. Overclocking the memory was problematic though. By default it ran the Kingston Fury 2666MHz DDR4 at it’s base rated settings, but we were unable to get it to boot with anything faster. BIOSTAR is looking at Overclocking stability issues, and has released a couple of BIOS updates to help.

There are two unique features on the BIOSTAR Gaming Z170X. The Gaming Commander, while not technically a new feature on BIOSTAR motherboards, it is unique to BIOSTAR. It offers a quick way to adjust volume, activate XLouder, and a visual cue to the system temperature. Next is the Touchpanel, many people will most likely rarely use it, like normal buttons on the motherboard. It’s closed in once the system is built; however if you are constantly messing with the system, the Touchpanel is a nice change from physical buttons. Plus I think it looks cooler than normal buttons; aesthetics is one thing that can push a consumer towards a specific component.

For some, the biggest drawback to the BIOSTAR Gaming Z170X is the lack of NVIDIA SLI; however it does support AMD CrossFire. Perhaps the biggest physical issue I personally ran into is with the clips on the M.2 cover, as I wasn’t able to get the cover back in place. BIOSTAR has taken a look at this and acknowledged this can be a problem so they are planning on re-engineering the cover.

BIOSTAR offers the Gaming Z170X through their eBay store for $199.99 plus shipping with their standard 2 year warranty, plus a 14-day return period. At this price, it offers everything more expensive motherboards provide, plus the addition of the Gaming Commander front panel device that provides an additional audio boost with the CMedia codec and the unique touch panel.

Legit Bottom Line: The BIOSTAR Gaming Z170X is an average performer, it doesn’t stand out from the pack in performance or overclocking. We did run into some issues with memory overclocking though. The addition of the Gaming Commander and the Touchpanel are very interesting features.