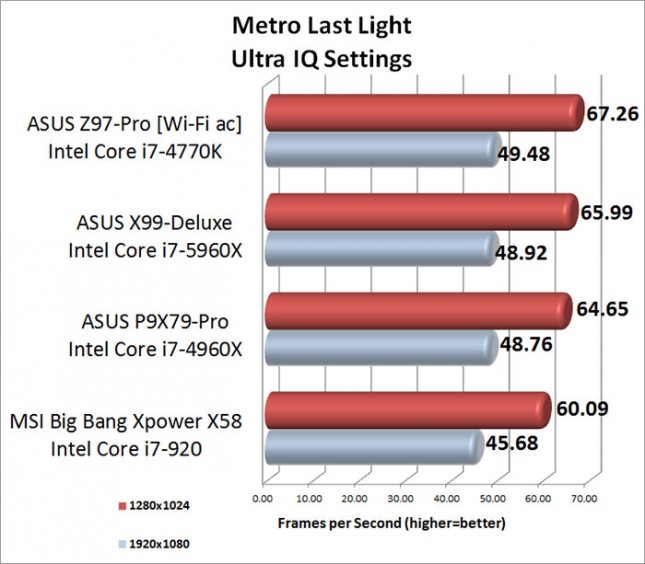 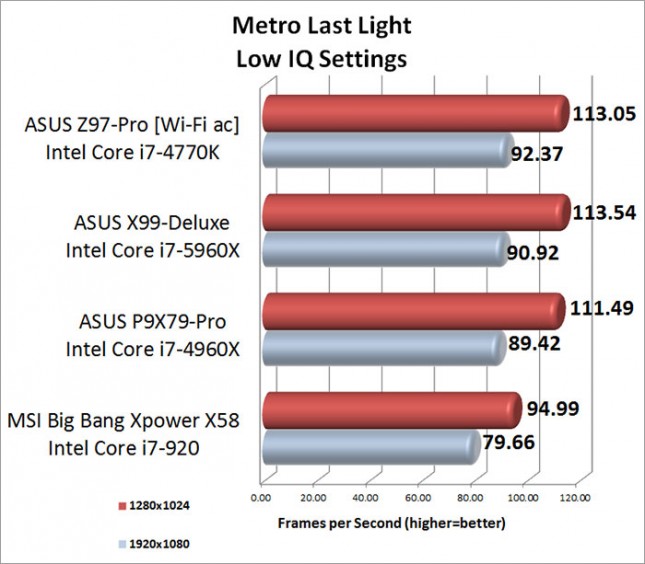 Benchmark Results: Dropping the image quality to low, there still isn’t much of a difference between the systems. The Intel Z97 platform was still in the top spot with an average of 92.37 frames per second while the X99-Deluxe averaged 90.92 frames per second.