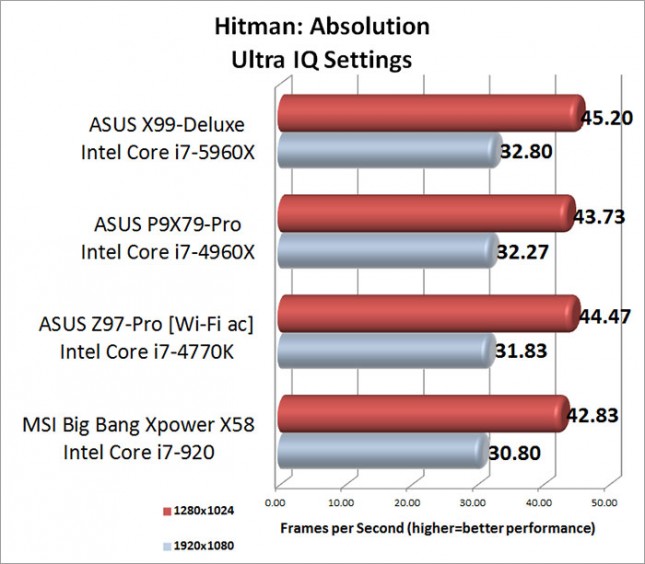 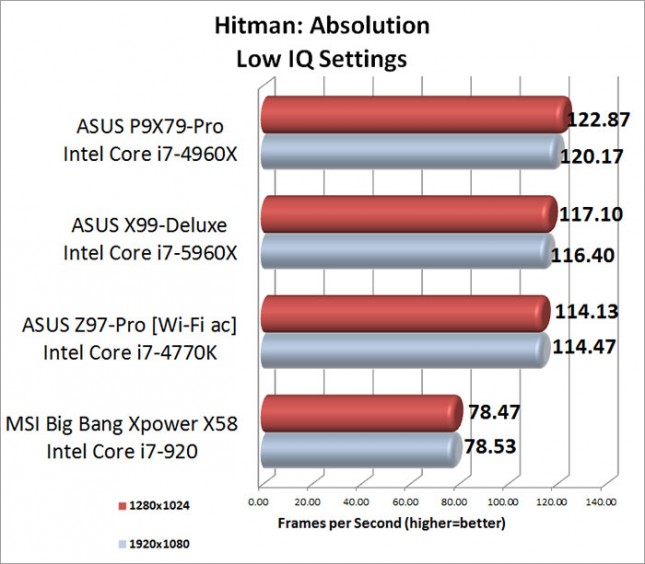 Benchmark Results: Dropping the Image Quality down to remove the GTX 670 from the equation as much as possible, some differences begin to show up. The Intel Core i7-4960X ran away with the top spot, which seems a little odd at first but it has a couple cores more than the i7-4770K, and a higher frequency than the Intel Core i7-5960X.