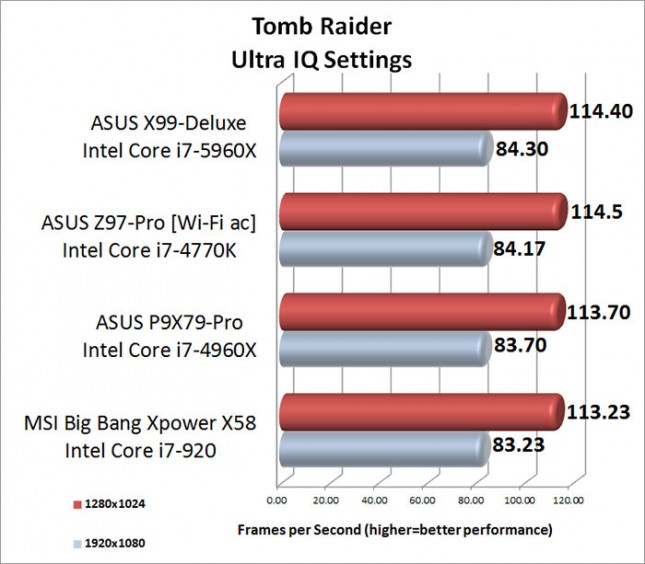 Benchmark Results: Running the systems with the ‘Ultra Image Quality’ settings there is very little performance difference between the four different systems. AT 1920×1080 there is only 1.07 frames per second average separating the top spot and the lowest performing system. With that being said, the ASUS X99-Deluxe was able to take the top spot with an average of 84.30 frames per second in the latest iteration of Tomb Raider. 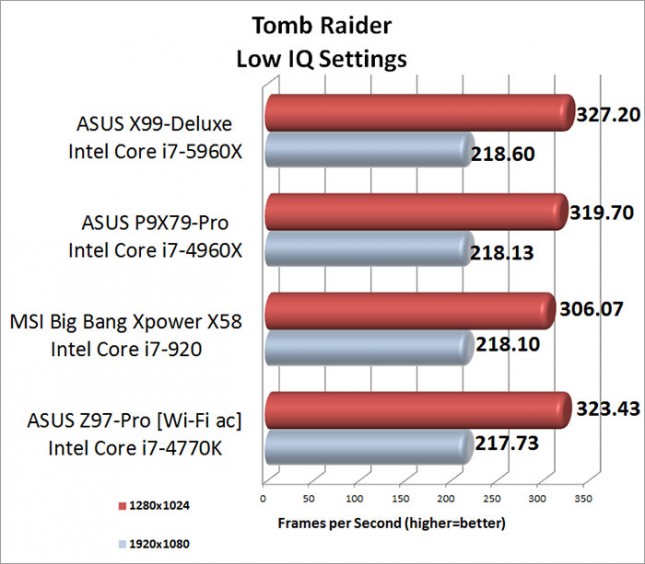 Benchmark Results: In Tomb Raider running the low image quality settings, there really isn’t much of a performance difference at 1920×1080. Across all for systems, there is less that 1 frame per second separating them, and at an average of 218.60 frames per second on the X99-Deluxe that’s only .4%.