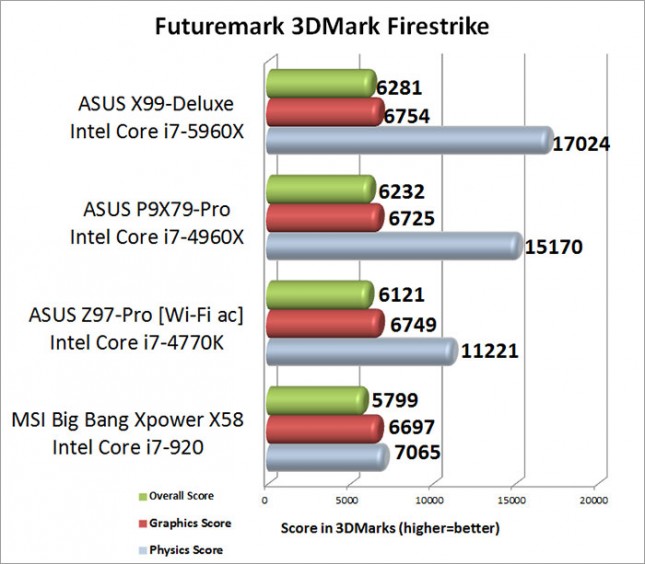 Benchmark Results: The ASUS X99-Deluxe was able to hit an overall score of 6281 in 3DMark Firestrike. Each of the four systems were hitting a similar score for the Graphics score, hovering in the range of 6700 points. The Physics score on the other hand was vastly different between the various systems. The ASUS X99-Deluxe was nearly 2000 points faster than the previous generation LGA2011 system. The X99-Deluxe and Intel Core i7-5960X hit a physics score of 17024 while the X79 platform with an Intel Core i7-4960X hit 15170.