All testing was done on a fresh install of Windows 7 Ultimate 64-bit with all the latest updates installed. All benchmarks were completed on the desktop with no other software programs running. The Corsair Dominator memory modules were run in double-channel mode at 1600MHz with 8,8,8,24 timings. The ATI Radeon HD graphics cards were tested with 10.6 CATALYST suite drivers. The ASRock 890GX Extreme4 and the ASRock 890FX Deluxe4 motherboards were running the latest BIOS. The AMD Phenom II X6 1055T processor was running at the default clock of 2.8GHz with turbo enabled. 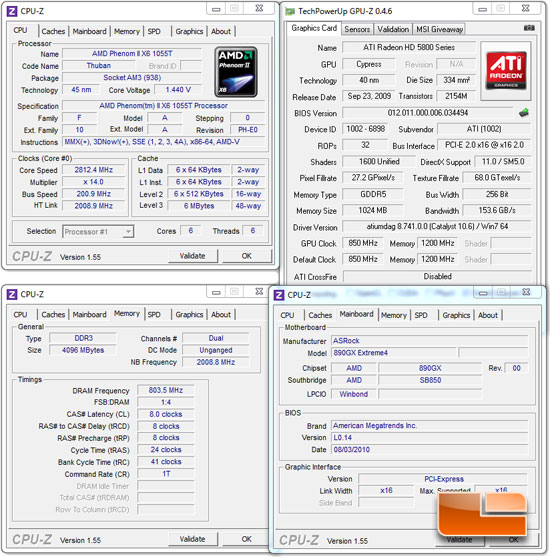 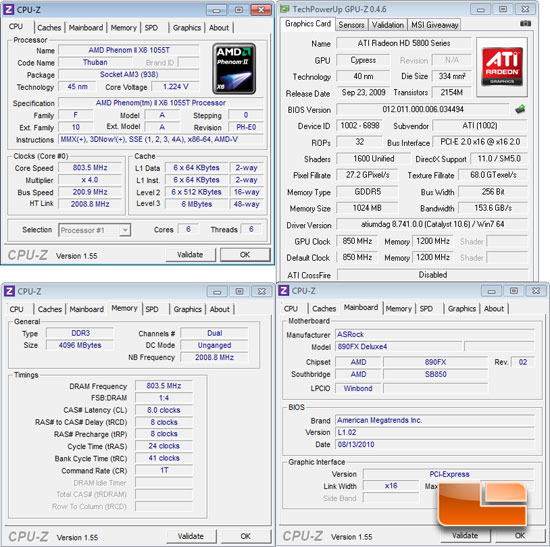