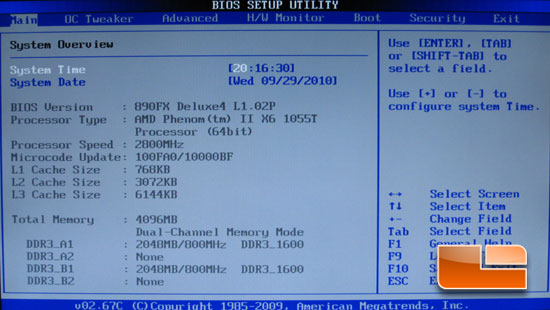 The main page of the ASRock 890FX Deluxe4 will show you the current CPU and memory settings. As you can see here we have the memory set to 1600MHz and we will be testing with the AMD Phenom II X6 1055T processor. 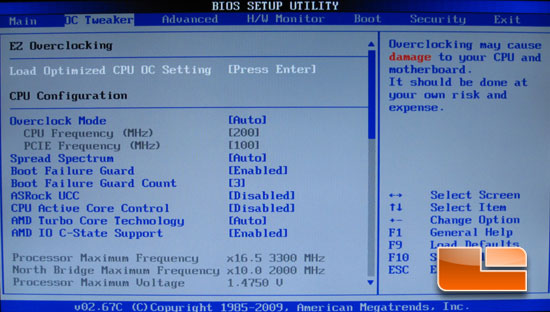 The OC Tweaker page gives you access to all of the CPU and memory settings as well as all of the system voltages. This is also the only page in the ASRock 890FX Deluxe4 BIOS that varies from the BIOS in the ASRock 890GX Extreme4. The differences can be found at the top of the page in the EZ Overclocking section. Along with the Load Optimized CPU OC Setting, the ASRock 890GX Extreme4 also has the options for Turbo 30 which improves the total system performance and the option to increase the performance of the integrated graphics via the Load Optimized mGPU OC Setting. 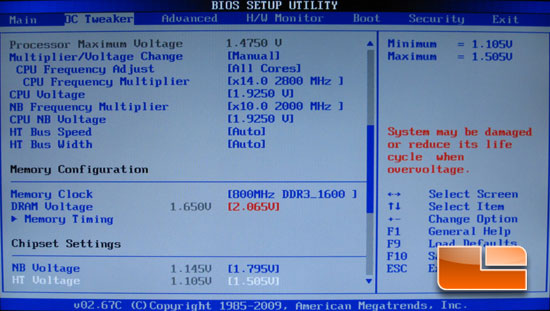 Scrolling down on the OC Tweaker page we can see the maximum voltages for the CPU, CPU NB, and the DRAM. 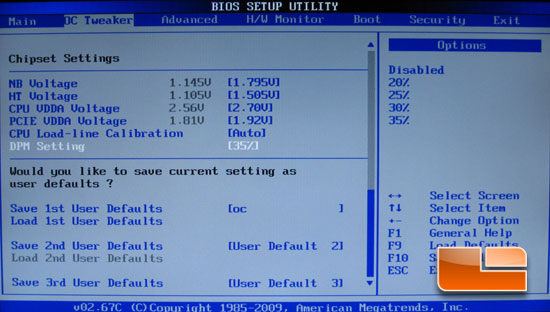 Scrolling yet further down we can see the remaining voltages and their respective maximums. ASRock has supplied us with three slots to save our BIOS settings. 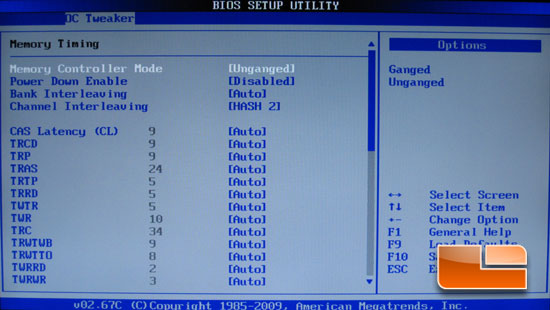 The OC Tweaker page also will give you access to the sub-page for the memory timings. 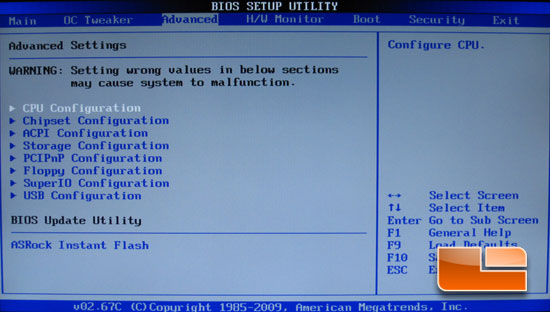 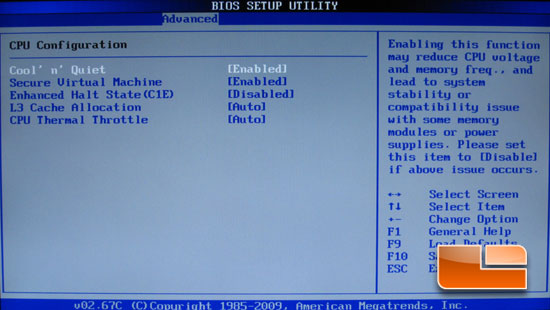 The CPU Configuration page of the Advanced tab gives you access to various CPU technologies such as the AMD Cool’ n’ Quiet and Thermal Throttling. 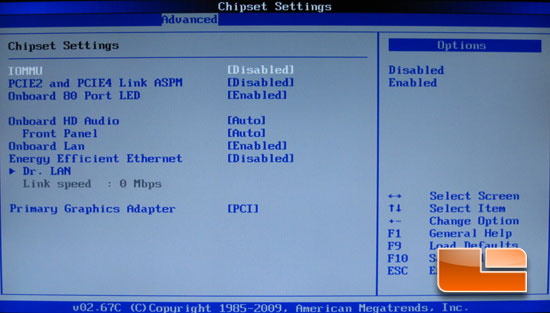 The Chipset Settings on the Advanced tab allows you to enable or disable the onboard features of the ASRock 890GX Extreme4 such as the HD Audio, and the Gigabit LAN. 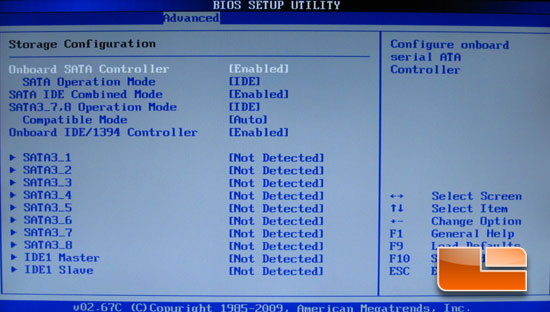 The Storage Configuration page of the ASRock 890FX Deluxe4 BIOS allows you to switch the onboard SATA Controller between IDE, AHCI and RAID, or it can simply be disabled if you are opting to use an add-on controller card. 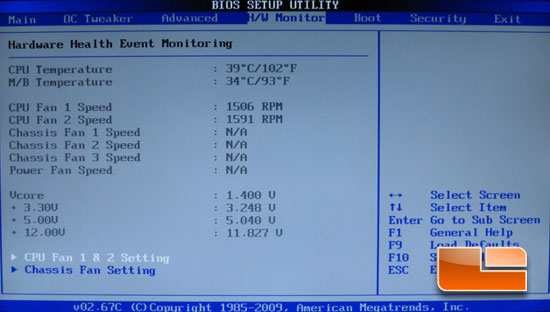 I tend to visit the Hardware Monitor page of the board at the first boot to make sure that everything looks good and the CPU is plenty cool. 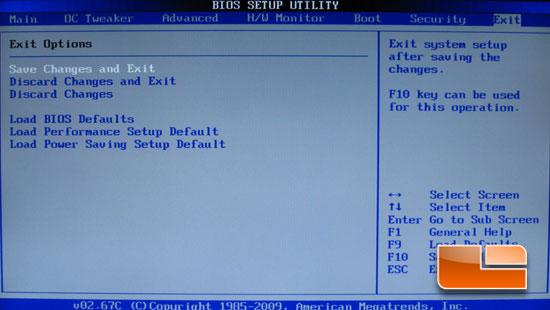 The final page of the ASRock 890GX Extreme4 is the Exit page. Here you can save your changes, discard them, or simply load the various defaults.