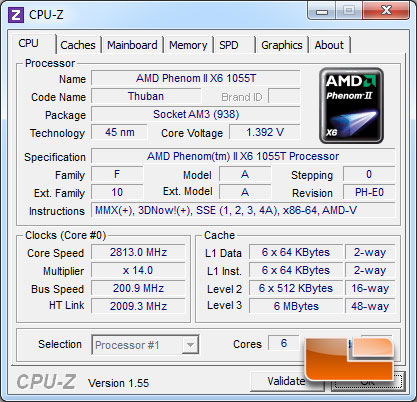 With stock BIOS settings, the AMD Phenom II X6 1090T processor runs with a 200MHz bus speed (base clock) and an x14.0 multiplier that is used to reach the final core clock of 2.8GHz when all the cores are at full load. The past couple AMD 890FX boards that we have taken a look at were able to get past the 4GHz barrier with relative ease. Beyond that though, we were limited by the air cooling that we were using. Today I took a little bit different approach; we went with water cooling for this so that we could try and eliminate as much heat as possible. 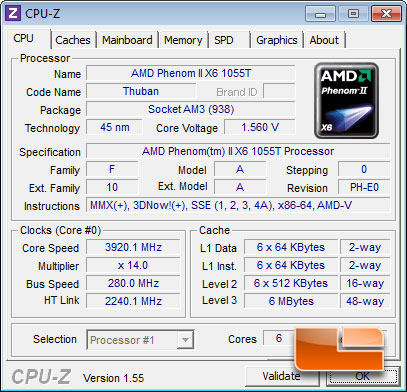 The first way I decided to overclock the AMD Phenom II X6 1055T on our ASRock 890FX Deluxe4 was through the Optimized CPU OC Settings. Like our testing on the ASRock 890GX Extreme4 motherboard we started out at the 20% setting and it was able to boot right up without any issues, so we went back into the BIOS and started increasing the Optimized CPU OC Setting 5% at a time and we were able to achieve a stable overclock setting of 40%. This brought our AMD Phenom II X6 1055T to 3920MHz with ease. 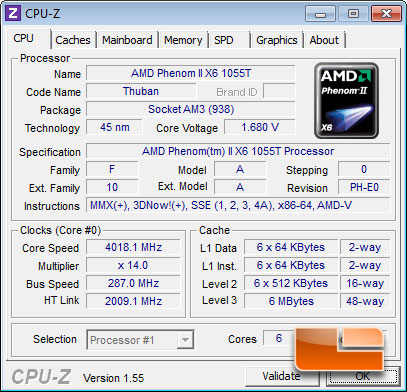 The ASRock 890FX Deluxe4 was able to hit the identical overclock as the ASRock 890GX Extreme4. Both of the boards were able to break 4GHz but were unable to get past a 287MHz front side bus speed. Looking at the core voltage on the CPUz v.1.55 screen shot I notice now that I had forgotten to back down the voltage from my attempts at higher speeds before taking the screenshot. The ASRock 890FX Deluxe4 was stable at these speeds with the voltage set at 1.6. 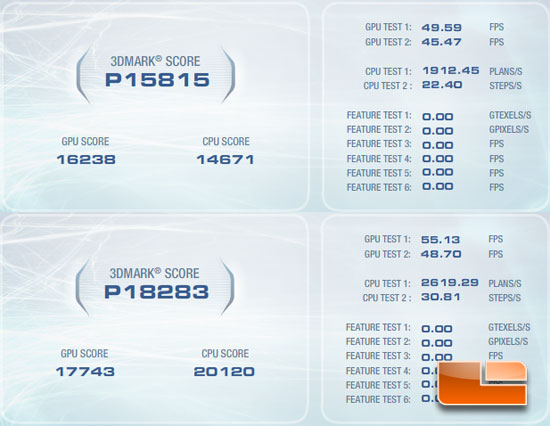 Once we had achieved a stable overclock we wanted to see what kind of performance increase we would see. Firing up Futuremark’s 3DMark Vantage we were able to see an overall improvement of 2468 3DMarks. Much more impressive is the 5449 3DMark boost in the CPU score alone.