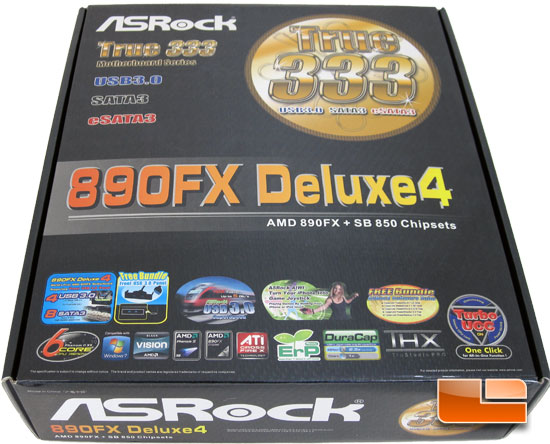 Aside from the name change there is very little that is different between the retail packaging for the ASRock 890FX Deluxe4 and the ASRock 890GX Extreme4. 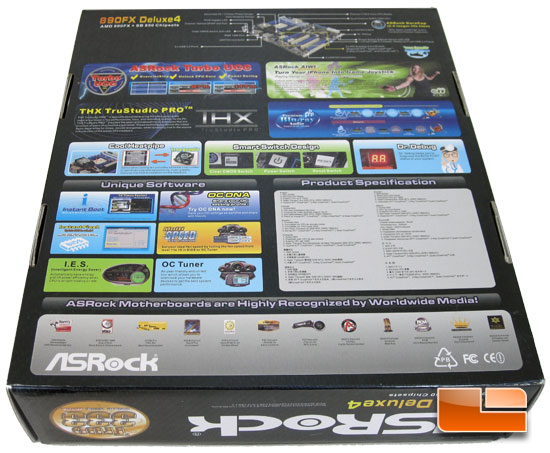 The back of the retail packaging is nearly identical as well; the only changes are the specifications, the lack of marketing text for the onboard graphics of the ASRock 890GX Extreme4, as well as some marketing for the Cool Heat Pipe which features a fan that can be swapped in.

All four edges of the box are similar. They each feature the company name and model name. This particular end also features the serial number and the full part number. 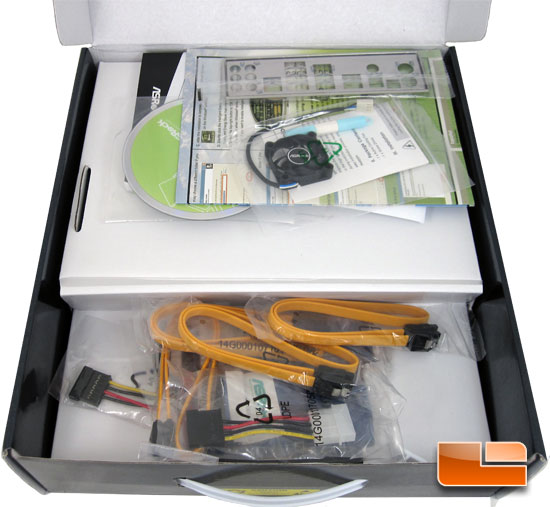 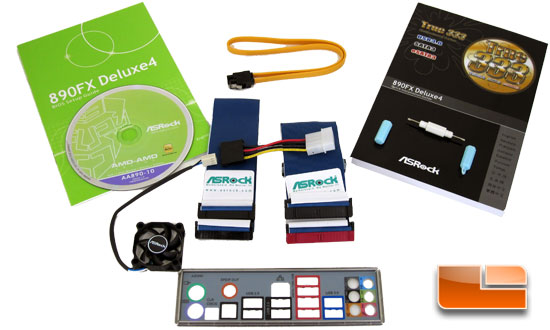 Breaking down the bundle we can see that we have everything that we will need to set up the ASRock 890FX Deluxe4. There is a total of four SATA cables, ribbon cables for a floppy drive and IDE hard drives, a full manual that is written in eleven different languages, a BIOS set up guide, the I/O panel shield, driver disc, and the fan for the Cool Heat Pipe.

This is also included within the ASRock 890FX Deluxe4 bundle. This aspect of the bundle will supply your system with a pair of Super Speed USB3.0 ports on the front of your computer. The cable for these USB3.0 ports is 21.75 inches long, which should be long enough for most systems out there.