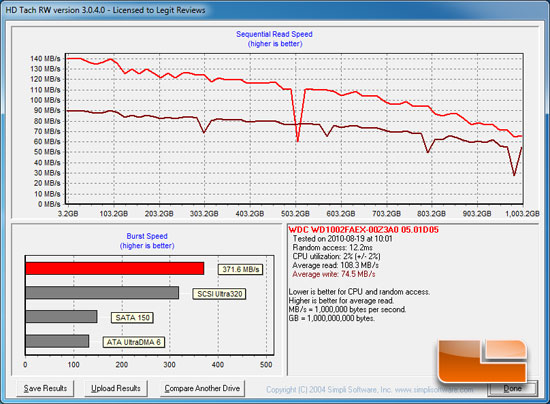 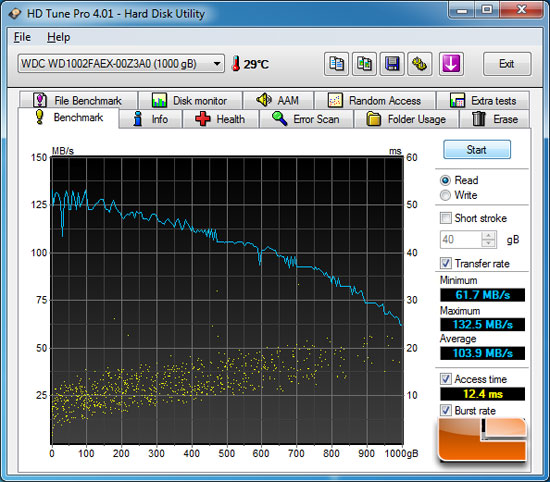 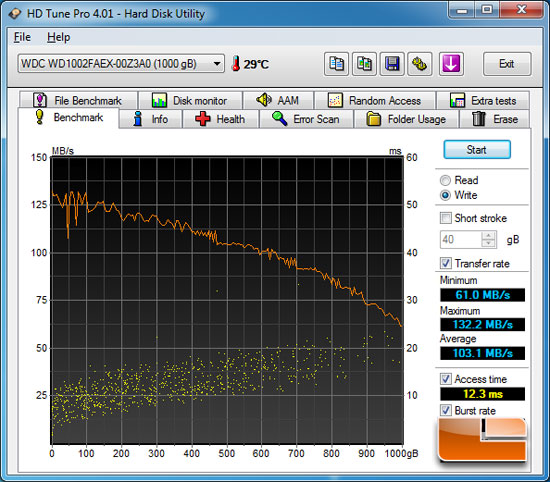 Benchmark Results: The HD Tune results show that all of the boards are very comparable to each other, which makes sense since they are all controlled by the AMD SB850 chip. Interestingly though, the burst rates of the ASRock 890FX Deluxe4 and the ASRock 890GX Extreme4 are still much lower than our other boards.