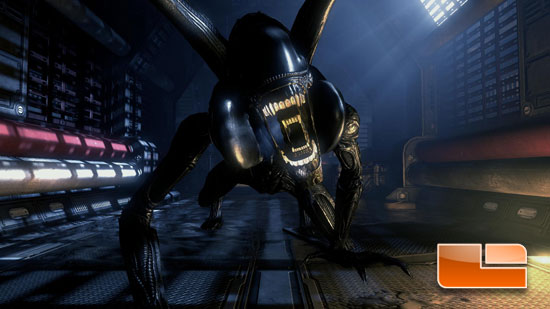 Aliens vs. Predator is an entirely new title for PC and high-definition consoles from acclaimed British developer Rebellion, the team behind the 1999 original PC gaming classic. Bringing the most intense war between two of science-fiction’s most popular characters FPS fans, AvP delivers three outstanding single player campaigns and provides untold hours of unique 3-way multiplayer gaming. Experience distinctly new and thrilling first person gameplay as you survive, hunt and prey in the deadly jungles and swamps surrounding the damned colony of Freya’s Prospect. 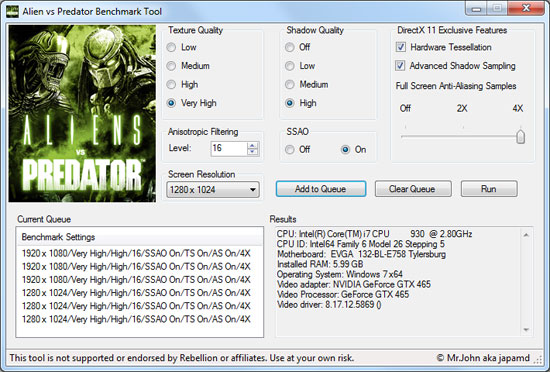 We cranked up all the image quality settings in the benchmark to the highest level possible, so we were running 4x AA and 16x AF with SSAO enabled at both 1920×1200 and 1280×1024 on all the video cards.