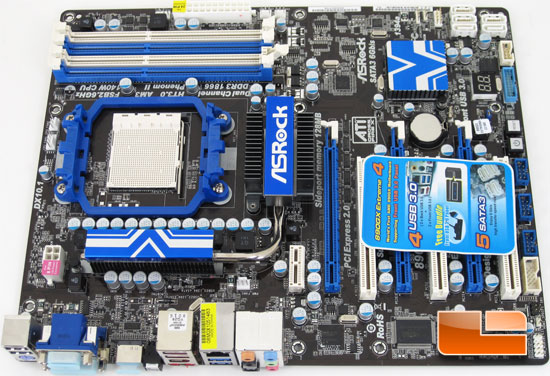 As with the previous ASRock motherboards that we have looked at, the ASRock 890GX Extreme4 has a blue and white theme backed by a black PCB. 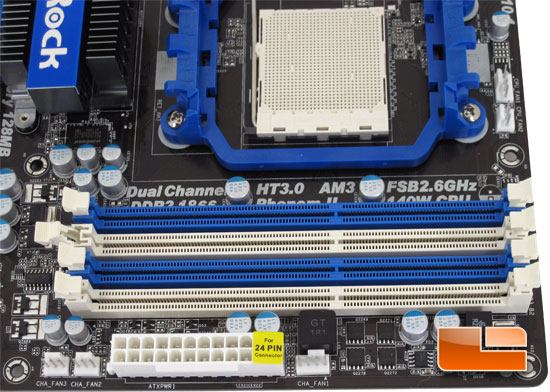 Starting out near the memory slots of the ASRock 890GX Extreme4, there isn’t a whole lot here that is real exciting. The memory slots will support memory up to 1866MHz(OC) and a total of 16GB of memory. We also have the 20+4pin motherboard power plug. In this corner there is a total of five fan headers including two CPU fan headers, and one is a four pin and one is a three pin header. To the right of the 20+4pin connector there is a four pin chassis fan header and to the left there is a pair of three pin chassis fan headers. 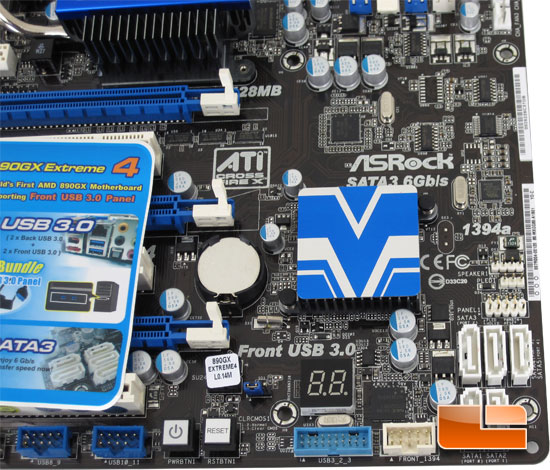 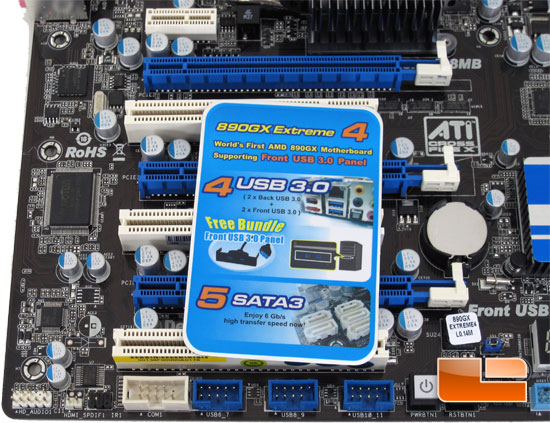 Sliding down the edge of the ASRock 890GX Extreme4 we discover yet another USB2 header for a grand total of three of them. We also have the pin-out for the serial port, infrared module, HDMI S/PDIF, and the header for the HD Audio. 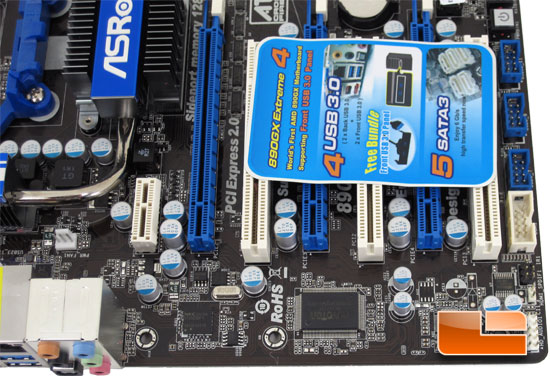 In the above photo we see the layout of the expansion slots on the ASRock 890GX Extreme4, as well as a number of the individual microchips that make the ASRock 890GX Extreme4 the board what it is. Covered by the placement of the Legit Reviews logo is the Realtek ALC892 HD Audio chip. The larger chip near the center of the image is a Nuvoton NCT6775F; this is a super I/O chip that supports serial port interface, parallel port interface, FDC, PS/2 interface, GPIO, hardware monitoring functions, and more. The smaller chip on the left is the NEC USB3.0 controller chip. 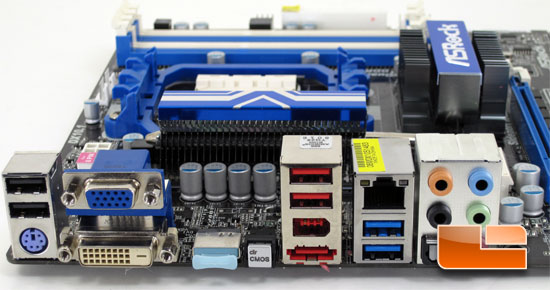 Taking a look at the rear I/O panel we can see that there is no shortage of ports. There is a total of six USB ports, two of which are Super Speed USB3.0 ports (blue). We also have the 15pin D-Sub, DVI, and HDMI ports, a single PS/2 keyboard port, audio ports including optical, and a clear CMOS button for those days you may push the overclock a little too far. 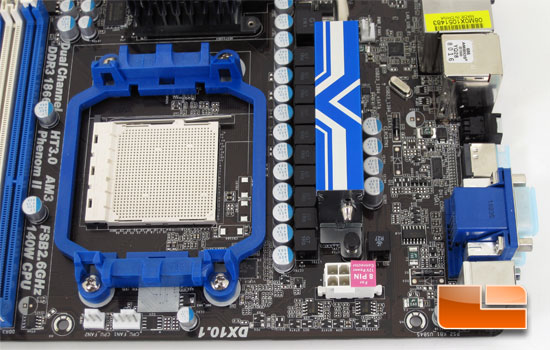 The ASRock 890GX Extreme4 uses an Advanced V8 + 2 Power Phase Design and can support AMD AM3 processors rated at up to 140Watt TDP.

Now that we have taken a look at the ASRock 890GX Extreme4 let’s throw on some parts and stick our heads into the BIOS!