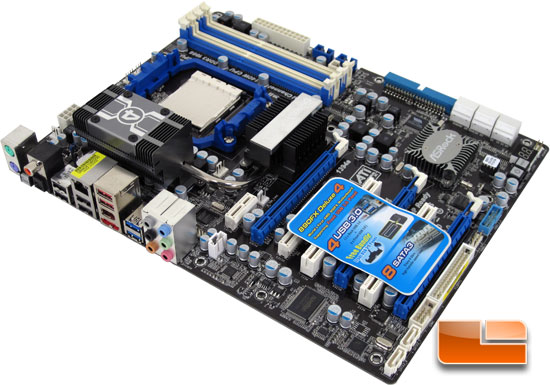 If you have ever used Super Speed USB3.0 you already know how conveniently fast it is. Although, to date there has been a single drawback. That drawback is Super Speed USB3 has only been found on the rear I/O panel of newer motherboards. There are a few cases out there, like the ThermalTake Armor A60, that have a cable that will plug into the rear I/O panel USB3 ports to bring USB3 ports to the front of the case. Unfortunately, cases that feature this are not as common as one might hope, and the cases that do have this feature may not be a style that everyone likes. Insteps is a comparatively small company with what I believe is a groundbreaking new feature and the first to make it to market. ASRock has now released four new motherboards that will supply you with an additional two Super Speed USB3 ports on the front of your machine.

The above chart shows the primary differences between our two boards today. The first of the differences is the chipset. The ASRock 890GX Extreme4 is based around AMD’s 890GX chipset, which has integrated video based on the Radeon HD 4290 and is limited to 16 PCIE lanes. The ASRock 890FX Deluxe4 is based on the AMD 890FX chipset (I know, feel free to call me Captain Obvious), which is lacking in the onboard graphics department and has 32 PCIE lanes. There are several other differences, like the number of SATA3 ports and varying expansion ports, but we will be covering those in the coming pages. I know we are all dying to get to the performance of the ASRock 890GX Extreme4 and the ASRock 890FX Deluxe4, but first let’s take a look at the retail packaging and bundles that come with our boards.