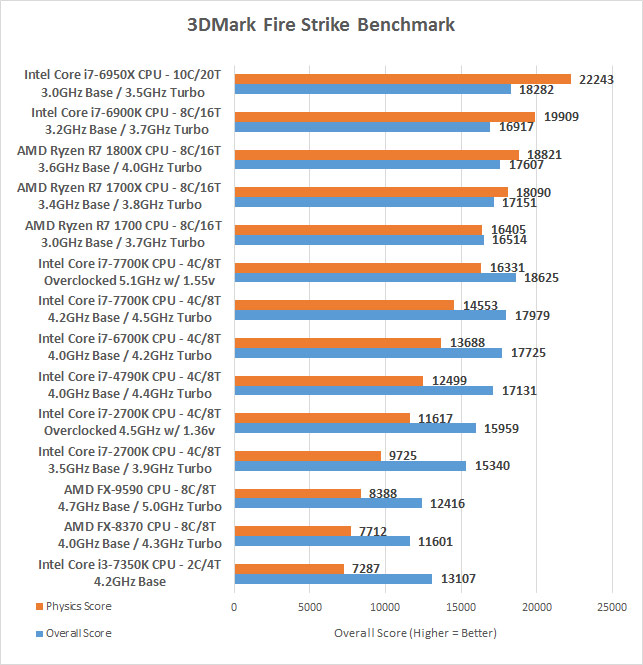 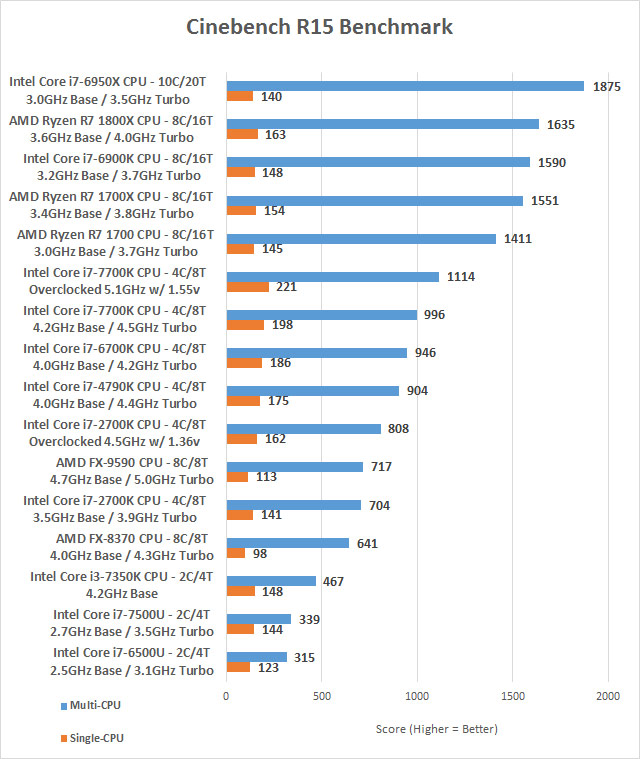 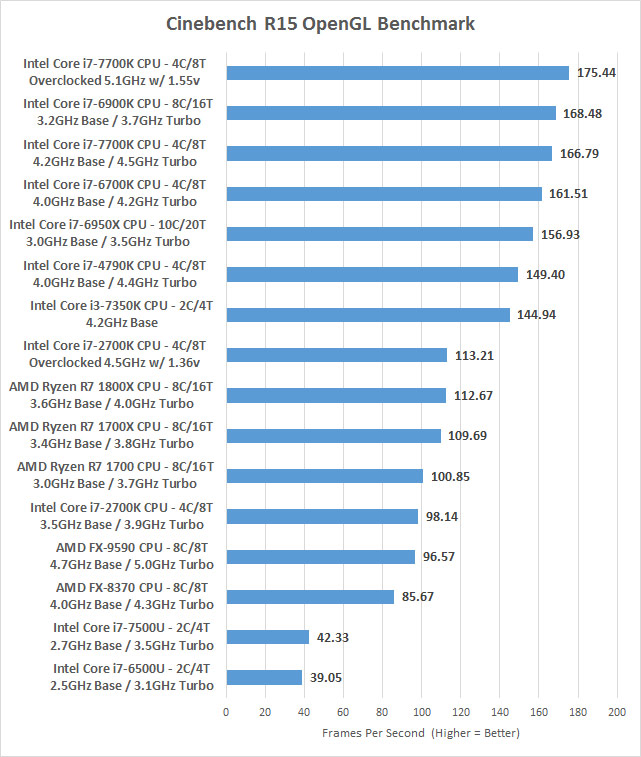 3DMark and Cinebench Benchmarks Results Summary: The AMD Ryzen 7 1800X performs exceptionally in 3DMark overall test score thanks to being boosted by a high Physics score that drives up the overall score! The Cinebench scores are impressive for the multi-threaded CPU test with decent single-threaded performance. The Intel Core i7-2700K ‘Sandy Bridge’ processor debuted more than 5 years ago and AMD finally can beat one of those processors that is overclocked up to 4.5GHz. Those with older Intel Ivy Bridge and Sandy Bridge systems finally can see a value in upgrading as single-threaded performance is going to be the same or better and multi-threaded performance is at an entirely new level here in 2017. That said, the OpenGL performance in Cinebench with the AMD Ryzen 7 1800X Processor and the NVIDIA GeForce GTX 1080 video card was lower than we hoped for at 112.67 FPS. The Intel Core i7-6900K gets 168.48 FPS, so the 6900K is ~49.5% faster in OpenGL performance. Let’s hope this isn’t an indication of what is going to happen in game titles on the next page.