AMD didn’t leave much headroom in the Ryzen 7 1800X Processor as they were trying to get all the clock speed they could get to be competitive with Intel. We still wanted to see just how far we could get with overclocking though and gave it a shot. 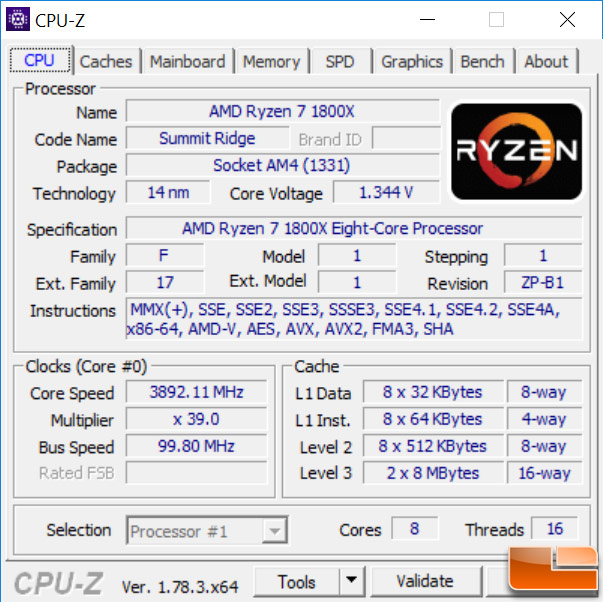 At stock voltage we managed to get up to 3.9GHz on all cores with full stability, which meant that we got slower single-threaded performance as when you overclock you no longer get your Turbo Boost up to 4.0 GHz and the XFR boost of up to 4.1 GHz on 2-cores. 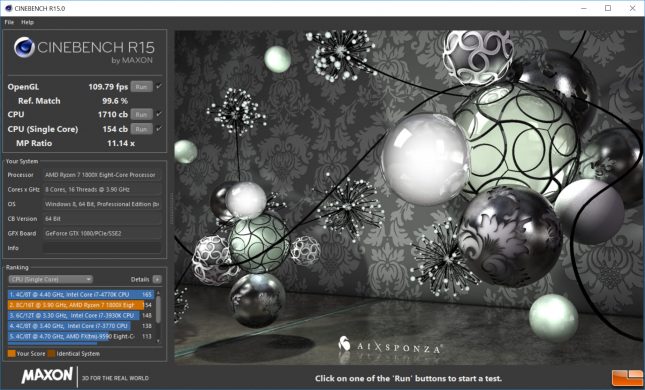 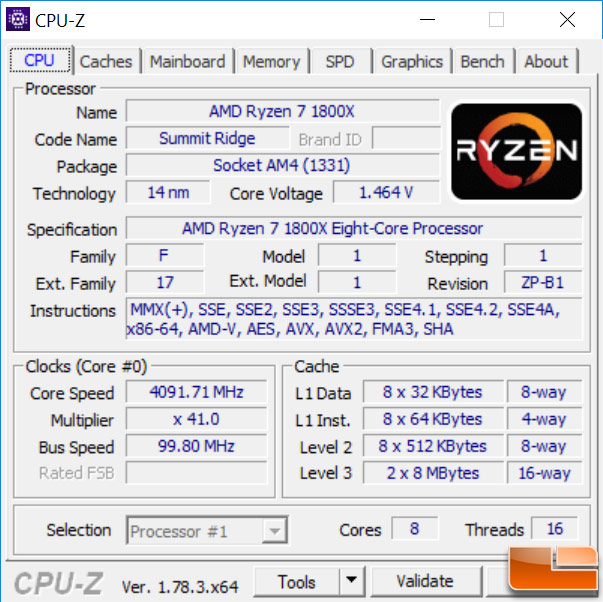 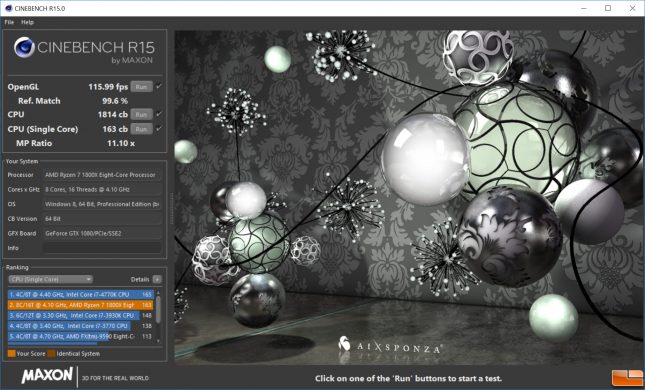 This took our multi-threaded CPU up to 1814 points and took our single-threaded performance right back to where we were straight out of the box since 4.1 GHz is the top clock speed by default with Turbo Boost and XFR. Running 4.2GHz was possible on our system, but it wasn’t stable in long video encoding benchmarks and we were up to 1.5V and stopped increasing the voltage at that point. 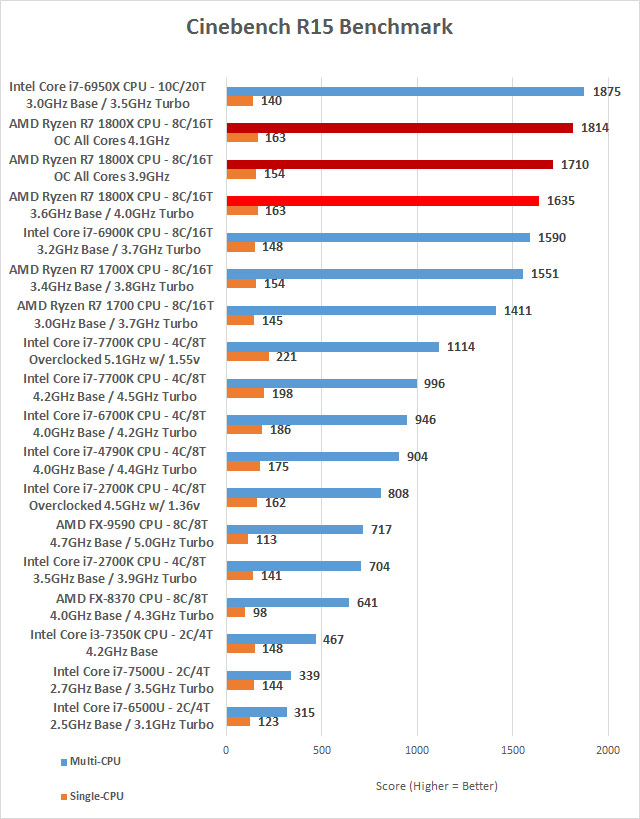 These numbers put the AMD Ryzen 7 1800X right on the heels of the Intel Core i7-6950X in Cinebench on both multi-threaded and single-threaded CPU performance. 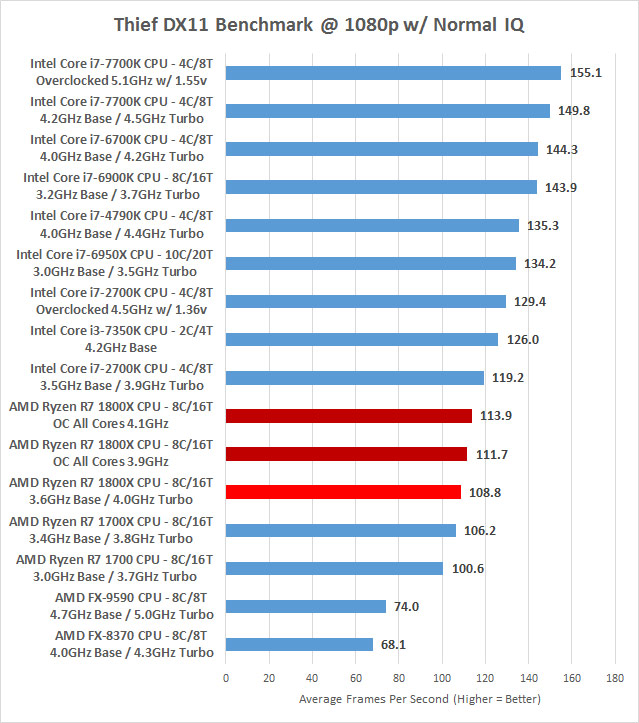 The all-core overclock also improved gaming performance as you can see from the chart above. A 4.7% gain is close to being what we’d consider a significant performance boost, so we will take it! Playing Thief at 1080P with stock settings had an overall system power draw of 273 Watts and that increased up to 281 Watts at 3.9 GHz and again up to 293 Watts when running at 4.1 GHz. So, power went up by about 20 Watts while gaming with the overclock. A 4.7% performance gain for a 7.3% power increase may not be worth it for those worried about power consumption.

Even overclocked up to 4.1 GHz on all cores the Intel Core i7-2700K still has better 1080P gaming performance, which is still hard for us to understand how that is possible when the multi-threaded performance is so good and the single threaded performance in applications like Cinebench are the same as a 2700K processor. Really odd, but the numbers don’t lie! 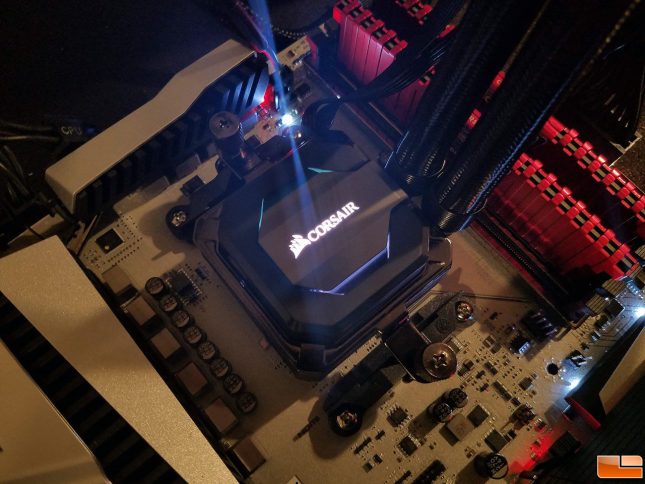 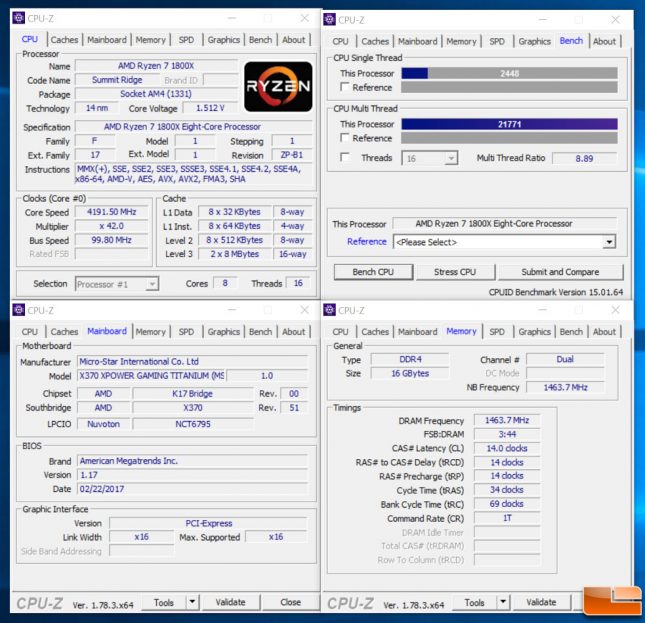