AMD sees Ryzen 7 processors as being the perfect fit for multi-threaded (nT) work with slightly lower single threaded (1T) performance. Our testing shows that is true for the most part. In applications where all cores are being used the 8-Core, 16-Thread Ryzen parts usually do exceptionally well. There are some instances where lightly threaded applications like dolphin offered lower than expected performance and even heavily threaded applications like Photoscan that left us a little disappointed after seeing the impressive Cinebench, Blender and Handbrake results that AMD has been showing off for months. 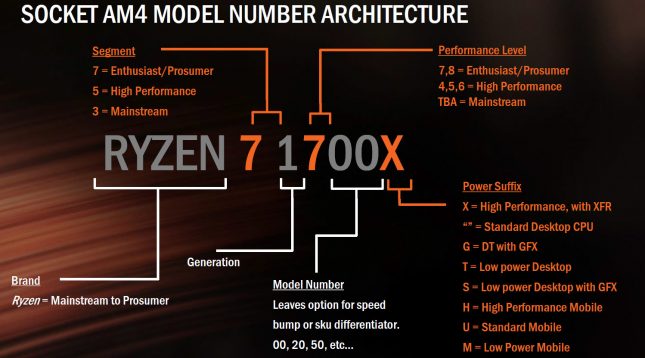 If there is one area of the AMD Ryzen processor that would be a disappointment and needs to be improved upon it would most certainly have to be 1080P gaming performance. We only tested a few game titles in this CPU review, but the Ryzen 7 1800X was 17-38% slower than the stock Intel Core i7-7700K ‘Kaby Lake’ quad-core processor. The AMD Ryzen 7 1800X just can’t compete at 1080P where the GPU bottleneck is minimal, but when you increase the screen resolution to 1440P or 4K and shift the bottleneck from the CPU to the GPU you see AMD Ryzen performing at basically the same performance level. AMD never once said that they’d beat Intel in gaming benchmarks, but they did say that they would have comparable 4K gaming performance that that appeared true in our tests using a single NVIDIA GeForce GTX 1080 graphics card. What remains to be seen is if that will hold true with multiple graphics cards in SLI or Crossfire as well as upcoming next-generation video cards like AMD’s Vega GPU. The state of gaming on AMD Ryzen right now is that at 1080P with a high-end graphics card the performance is significantly behind Intel, but at 1440P and 4K we would call it comparable. AMD has since informed us that they think driver optimizations from the game developers will help the 1080P situation and started giving us statements to back that up:

Oxide games is incredibly excited with what we are seeing from the Ryzen CPU. Using our Nitrous game engine, we are working to scale our existing and future game title performance to take full advantage of Ryzen and its 8-core, 16-thread architecture, and the results thus far are impressive. These optimizations are not yet available for Ryzen benchmarking. However, expect updates soon to enhance the performance of games like Ashes of the Singularity on Ryzen CPUs, as well as our future game releases. – Brad Wardell, CEO Stardock and Oxide

“Creative Assembly is committed to reviewing and optimizing its games on the all-new Ryzen CPU. While current third-party testing doesnt reflect this yet, our joint optimization program with AMD means that we are looking at options to deliver performance optimization updates in the future to provide better performance on Ryzen CPUs moving forward. ” Creative Assembly, Developers of the Multi-award Winning Total War Series

AMD firmly believes that they can improve gaming performance with Ryzen optimizations as all the games we tested with were optimized on Intel, so they feel the testing is one sided right now. They also have a Windows Driver coming in approximately one month that will help performance as the Windows High Precision Event Timer (HPET) isn’t playing nice with the SenseMI sensors that poll the CPU status every millisecond.

AMD sent us a list of recommendations to get the best performance out of Ryzen and those tips can be seen below: 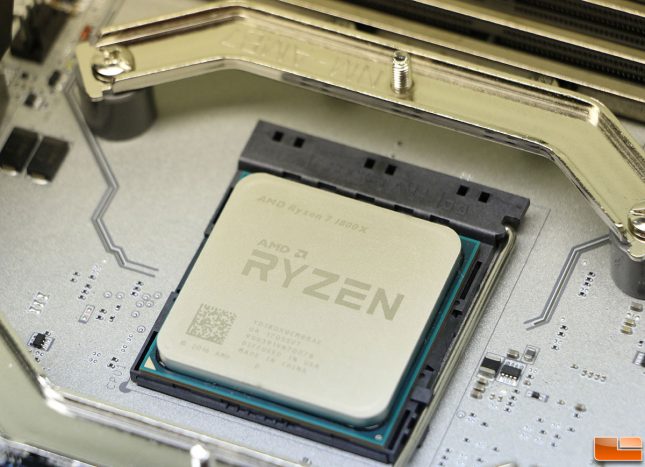 Overall we are pretty impressed by what AMD has been able to deliver with Ryzen. Performance per watt, Ryzen is a monster, no doubt about it. The single thread and gaming performance is really the only thing that will give people reservations about it and AMD thinks that it will get better. Ryzen is a whole world better than the outgoing AMD FX CPU’s, but at times is only as fast as a ~6 year old Intel Core i7-2700K. The unfortunate part of that is the Intel Core i7-2500K and 2600K are often showing up as the “Minimum Specs” for some Triple A PC game titles. Hopefully AMD can figure out a way to improve 1080P gaming performance as they’d have an amazing part here. Is Ryzen an Intel killer? No, but it is putting Intel on notice. The AMD Ryzen 7 1800X at $499 gives you a full 8-core, 16-thread processor that is going to run all games at acceptable levels and eat up most all multi-threaded applications. When overclocked we found that it was nearly as fast as the Intel Core i7-6950X and that is amazing. Ryzen may not be the fastest processor in our performance charts, but it will get the job done, and at just 95W TDP as well as a lower price tag to boot.

We’ve only had Ryzen 7 series parts for a week and we’ve seen the platform mature so much over that week we do feel that AMD can continue to make improvements. You have new Windows optimizations coming out in a month, motherboard makers making UEFI updates and game developers that are promising to make improvements for Ryzen. This platform is impressive already when you look at the overall numbers and it is only going to get better. AMD has officially made it back to the high-end processor market!

Legit Bottom Line: AMD Ryzen 7 series processors are the real deal and the overall performance and price make them appealing to the DIY market.