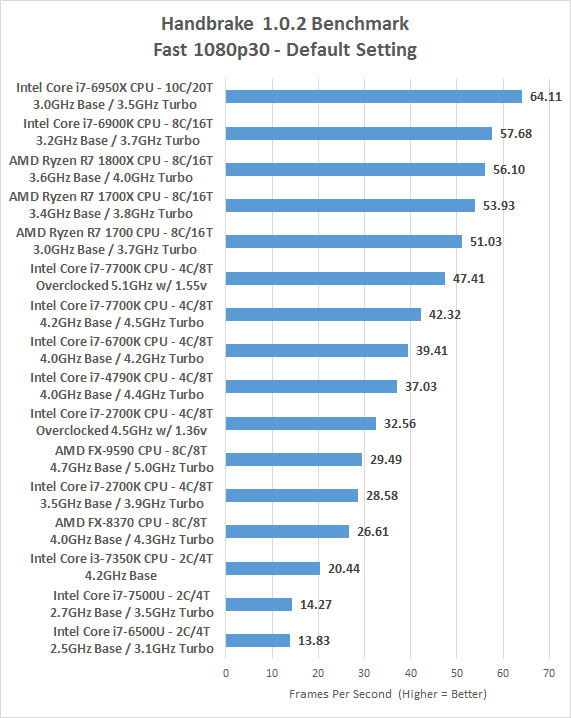 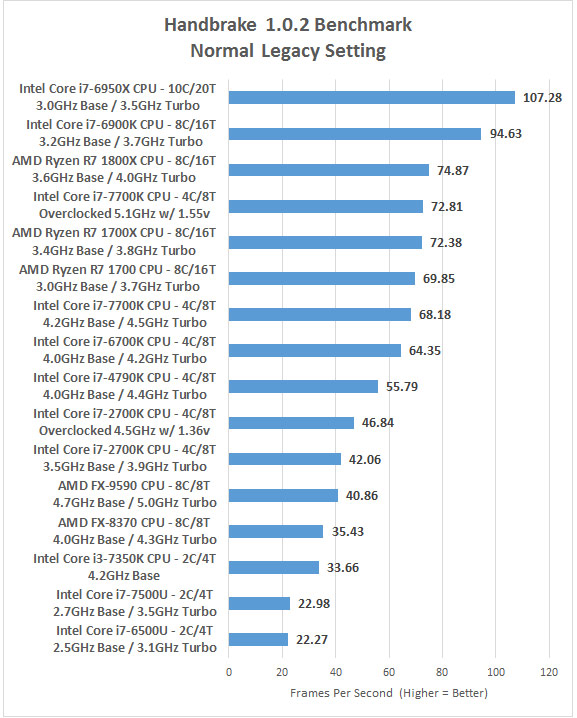 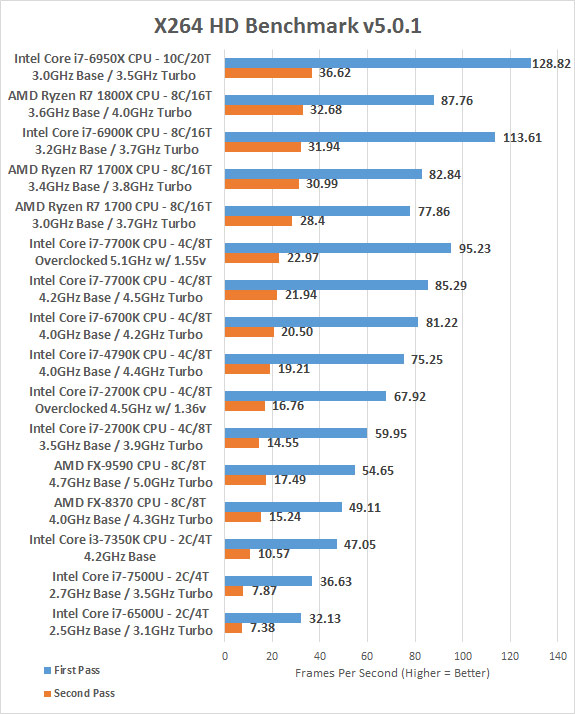 Media Encoding Benchmark Results Summary: AMD has shown that the AMD Ryzen 1800X CPU does well in Handbrake, but we found it to be slightly behind the Intel Core i7-6900K in our tests. We benchmark two workloads because we found that transcoding to a different native resolution that then original video didn’t put the CPU at 100% load across all threads, but in the ‘normal’ legacy test the resolution stays the same and the CPU is fully utilized. In the Fast 1080p30 test the 1800X was 2.8% slower, but was 26% slower when all the CPUs were being used. Strangly enough, the AMD Ryzen 7 1800X beat the Intel Core i7-6900K in the X264 benchmark test on the important second pass, but got its lunch handed to it on the quicker first pass. Media encoding is certainly a strong point for Ryzen 7 and many will be purchasing one of these processors as it can save you a ton of rendering/processing time! 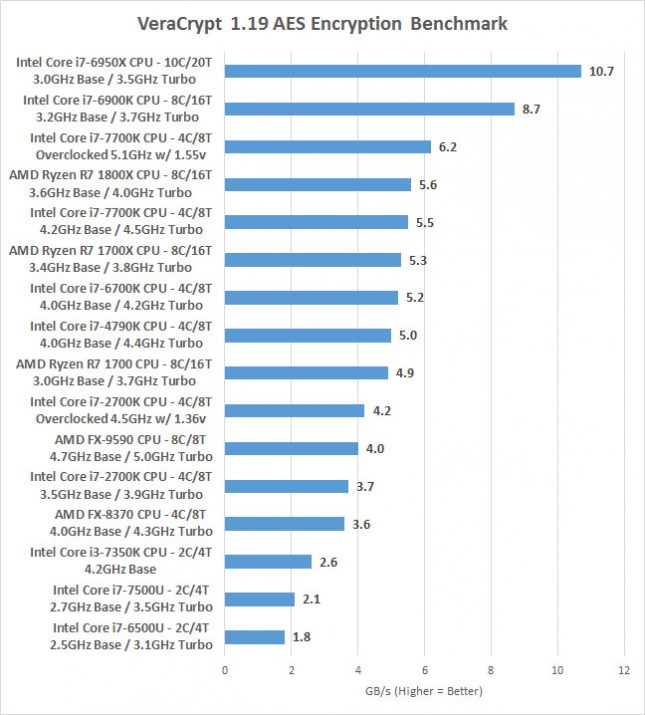 Encryption Benchmark Results Summary: If encryption is something you do, you’ll find having more cores and threads to be very beneficial as you can see from the results above. The AMD Ryzen 7 1800X finished with a score of 5.6 GB/s on the standard AES benchmark, which is just ahead of a stock Intel Core i7-7700K, but far behind the Intel Core i7-6900K.