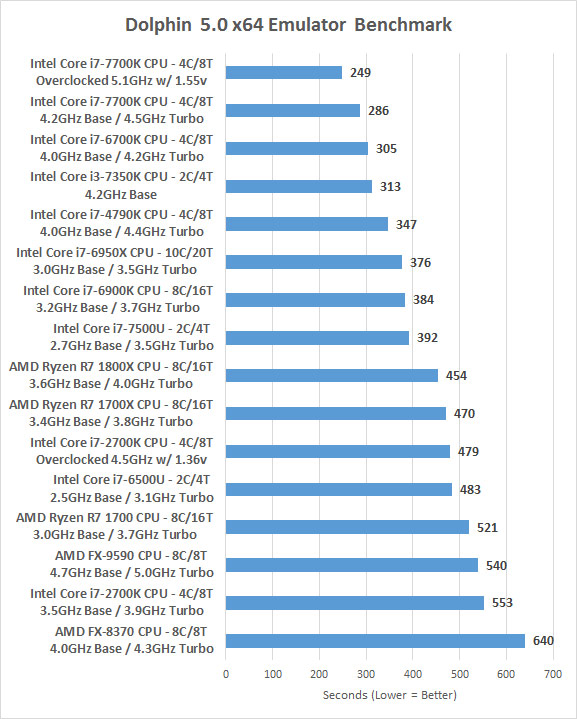 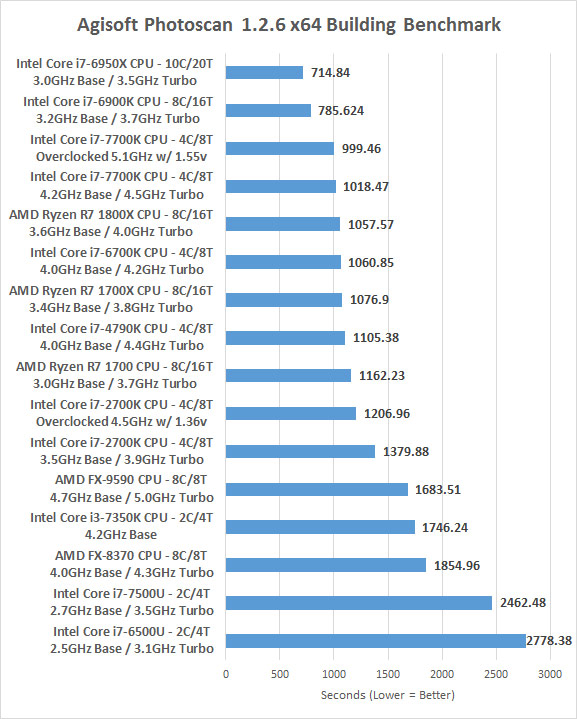 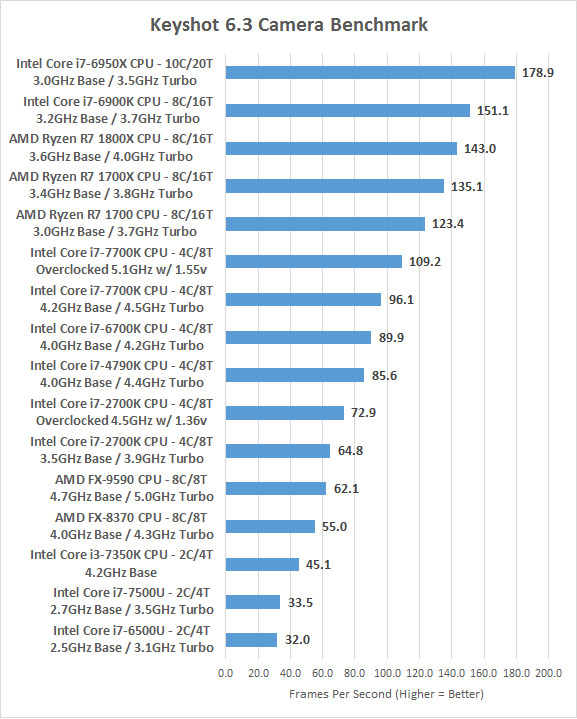 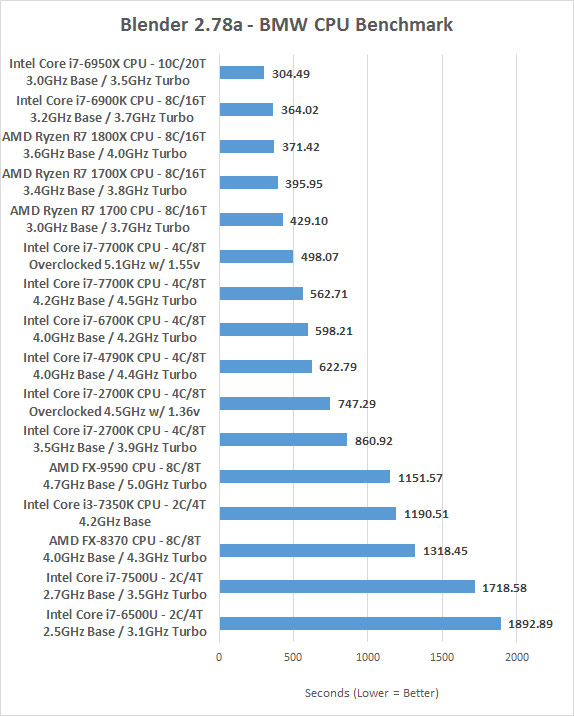 Real World Benchmark Results Summary: When it comes to our ‘real world’ benchmark tests we found the AMD Ryzen 7 1800X processor does really well in applications that use more than 4-cores as you can see in most of the charts. Our Dolphin emulation benchmark doesn’t use more than 4-cores, so you can see how clock speed and CPU architecture plays more of a roll in that benchmark. Single threaded and lightly threaded applications show that AMD is still slightly behind, but when applications can make use of all the threads it does pretty well.