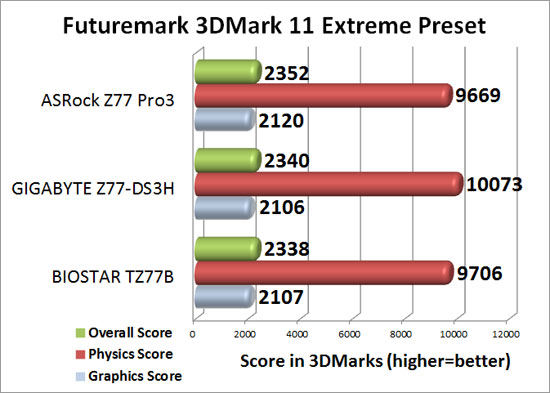 Benchmark Results: We only saw 14 points difference in the extreme preset of 3DMark 11. The ASRock Z77 Pro3 was able to edge out the other two Intel Z77 motherboards by this small margin. The GIGABYTE Z77-DS3H was able to fill in the second spot with an overall score of 2340 3DMarks, 12 behind the 2352 3DMarks of the ASRock Z77 Pro3. The BIOSTAR TZ77B was only 2 points behind the GIGABYTE Z77-DS3H with an overall score of 2338. 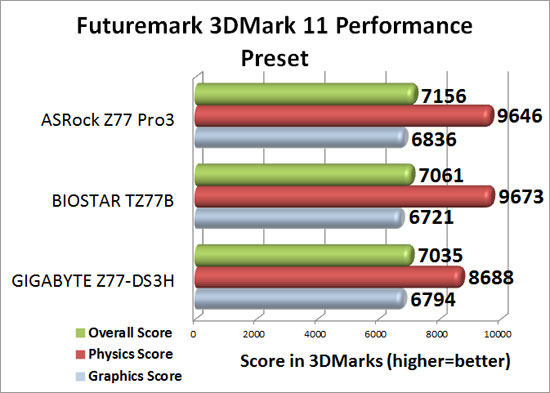