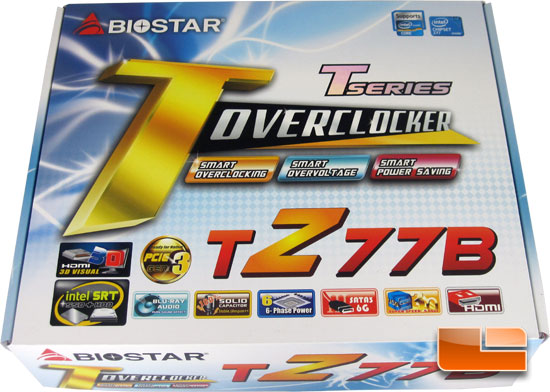 The front of the retail packaging for the BIOSTAR TZ77B motherboard is quite busy. There is a number of technologies listed along the bottom of the board, most of them may seem redundant to many of us, but if you aren’t familiar with current Intel technologies like Intel SRT, SATA III 6Gbps, and USB 3.0 you may not realized that they are all part of the Intel Z7 chipset if you are looking at motherboards on a retail shelf. So while it may be busy on the front of the retail package, it’s good information to have when wondering what board to purchase. 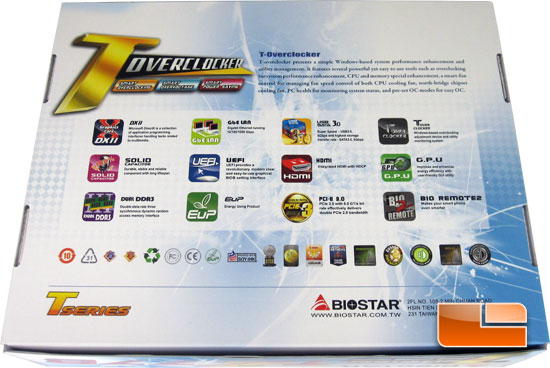 The back of the retail packaging for the BIOSTAR TZ77B breaks down the technologies that we saw on the front as well as others and gives us further information about them. 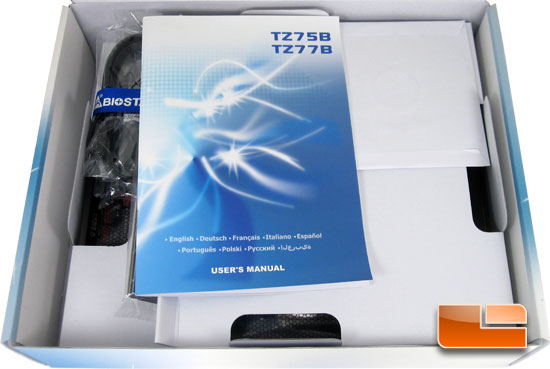 Much like with our previous motherboard, the bundle for the BIOSTAR TZ77B isn’t very comprehensive. We will look at that shortly though. 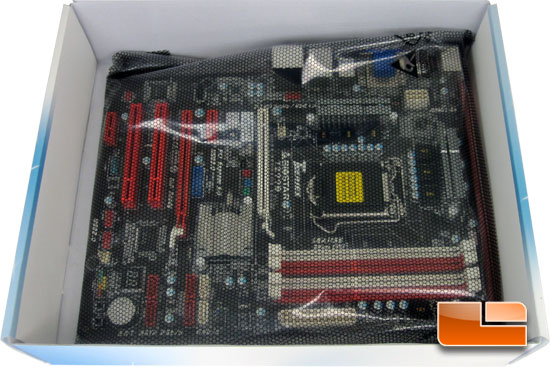 Removing the bundle and layer of protective cardboard we get to see the BIOSTAR TZ77B for the first time. The BIOSTAR TZ77B has the typical red, black, and white colors that we have been seeing on the recent BIOSTAR motherboards. 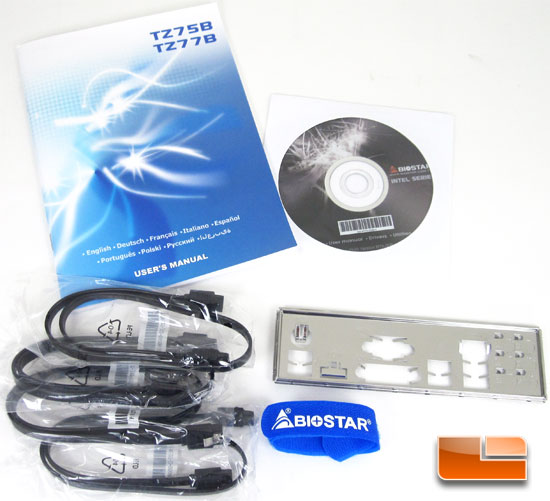 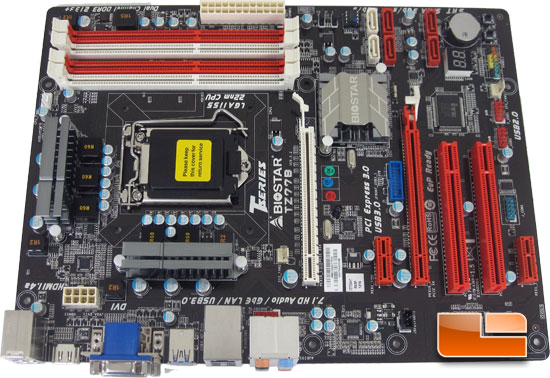 as mentioned above, the BIOSTAR TZ77B features the typical red, black, and white colors that we have become accustomed to on BIOSTAR motherboards. The overall appearance and layout seem to be solid at first glance 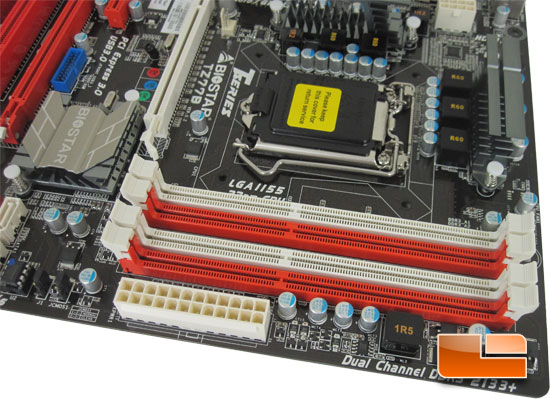 The four DIMM slots on the BIOSTAR TZ77B Intel Z77 motherboard are rated for 32Gb of memory running at speeds up to 2600Mhz(OC)! To the left of the 24pin motherboard header is a pair of jumpers, one of them (closest to the 24pin power) is the clear CMOS jumper, the second is marked J1 with no information on it. 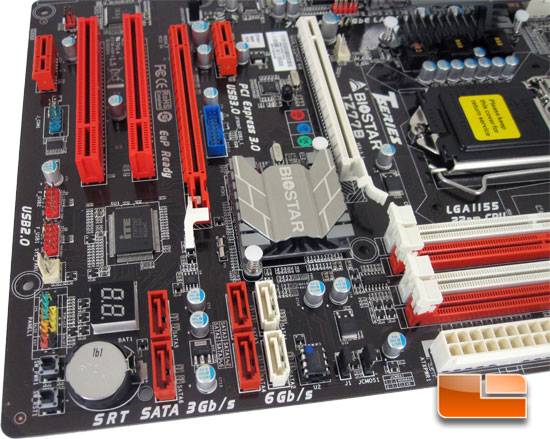 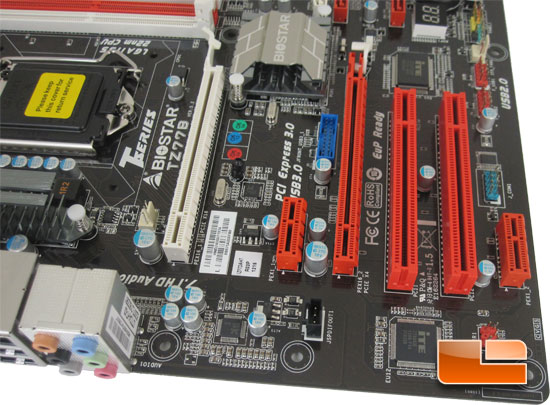 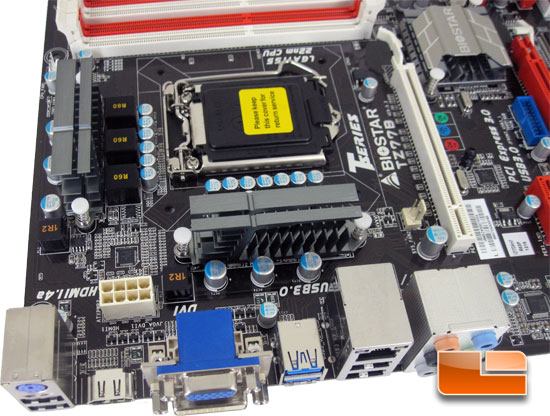 There isn’t a lot going on behind the I/O panel on the BIOSTAR TZ77B, we can see the 8pin CPU power, and the heatsinks keeping the BIOSTAR 6 phase CPU power circuitry cool.

The I/O panel of the BIOSTAR TZ77B has nearly the identical features of the ASRock Z77 Pro3 on the previous page, with one exception. The BIOSTAR TZ77B also features a DVI port for the integrated graphics. Other than that it has four USB 2.0 ports, two SuperSpeed USB 3.0 ports, HDMI, a single PS/2, Gigabit Ethernet, and six 3.5mm audio jacks.