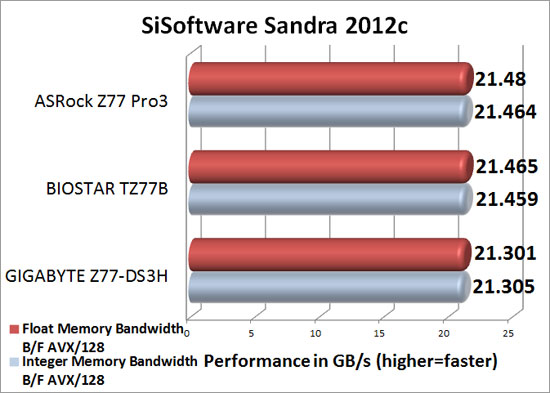 Benchmark Results:We aren’t surprised that there isn’t a huge difference between the Intel Z77 Motherboards. All three of our boards were set to the Intel XMP enabled, so the performance should be near identical. Interestingly though, the GIGABYTE Z77-DS3H was slightly behind the BIOSTAR TZ77B and the ASRock Z77 Pro3 motherboards. The Z77-DS3H was only down by ~.15-.18Gb/s which is under 1%.