The first workload that we will be showing is a trace that uses Microsoft Visual Studio to compile a build of Mozilla Firefox browser. The WD_Black SN850 2TB SSD finished this workload with a read speed of 1662.3 MB/s and that puts it in the middle of the pack. 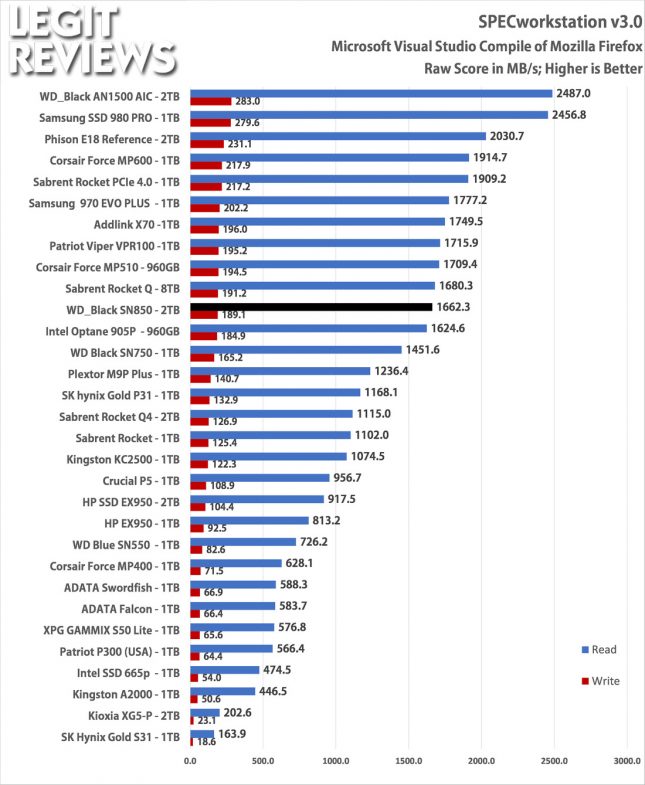 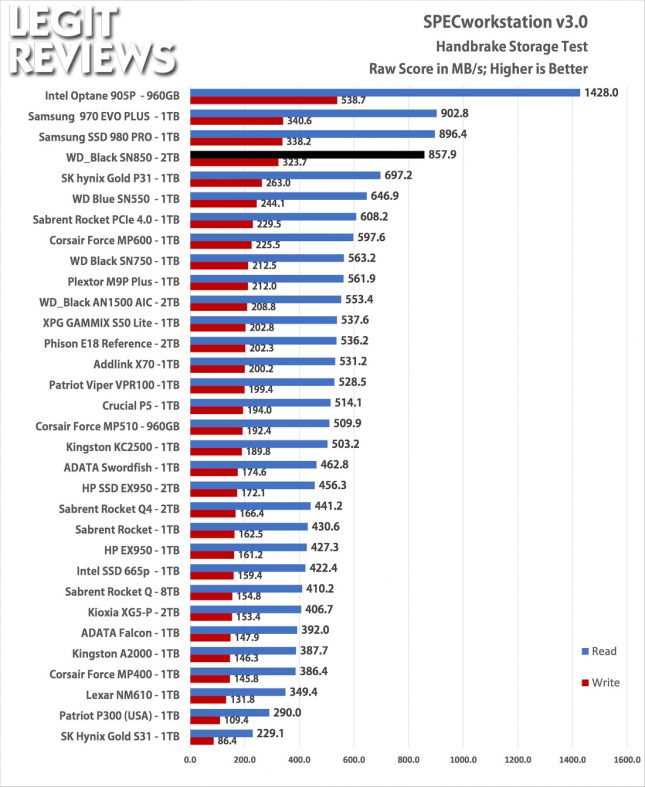 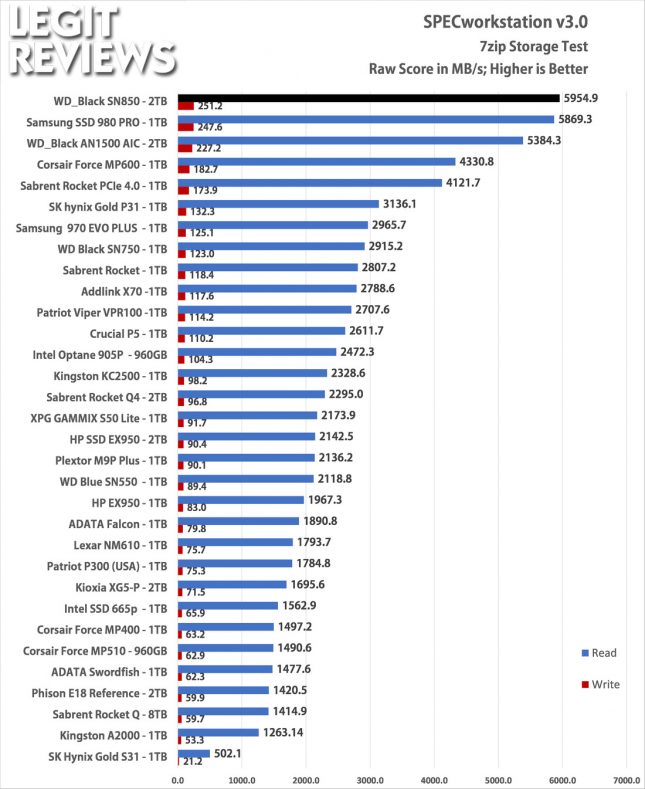