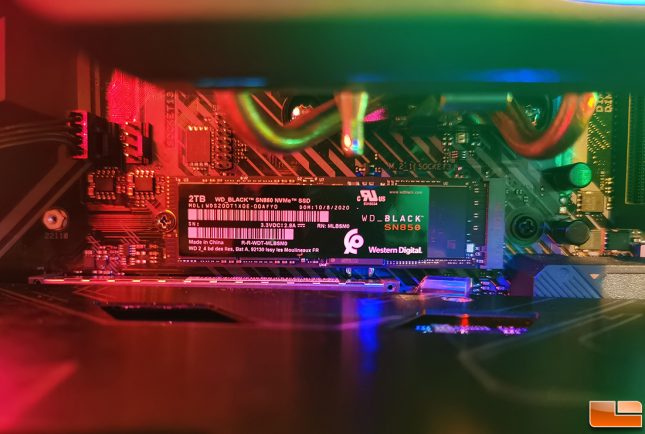 Using the S.M.A.R.T. temperature sensor we found the WD_Black SN850 2TB PCIe Gen4 x4 M.2 NVMe SSD had a minimum temperature 0f 41C, a maximum temperature of 90C and an average of 47C inside our test system with the tempered glass panel on during our period of testing.

Seeing a temperature of over 90C was a little alarming, so we went back and did some additional testing. This time we took a 150GB compressed file and copy/pasted it. 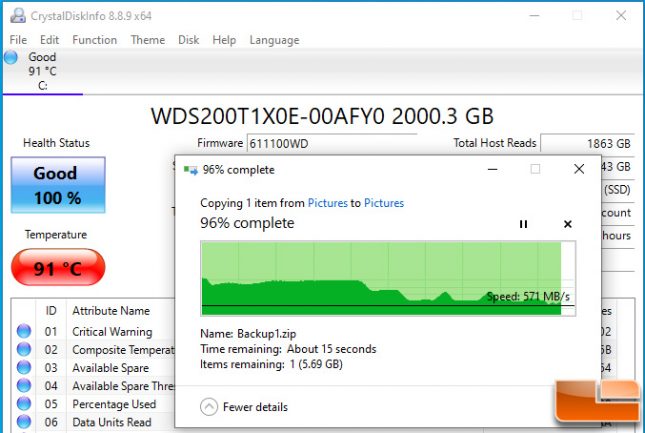 A video of this workload can be seen below:

When we approached WD about the temperatures they let us know that they have gotten similar feedback in cases where the airflow on the platform around the SSD was not optimal for example, the cover on the platform was left open and the internal fans could not circulate the air properly.

“Our SN850 is a Gen4 device, operating at double the performance on some benchmarks compared to Gen3. Since the device power is a function of the device performance, our SN850 needs to dissipate more thermal energy than a Gen3 SSD, so its important that SN850 operates with proper cooling.”

The airflow in our Corsair iCUE 465X RGB is far from poor, so if you are a heavy user and get one of these drives you’ll want to ensure your system cooling is on point. This is not a drive that you’ll want to cram into a laptop that has virtually no airflow around the M.2 slot or a desktop PC that has little airflow.