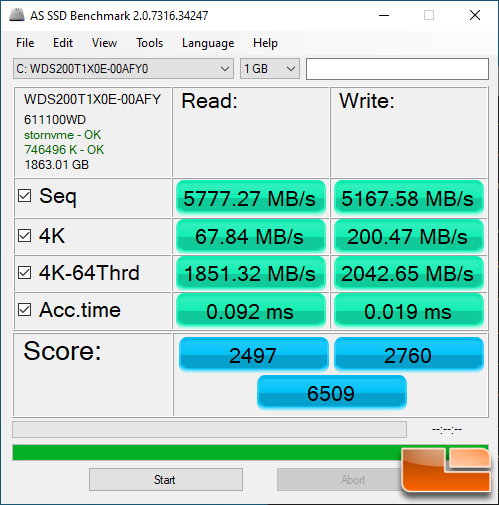 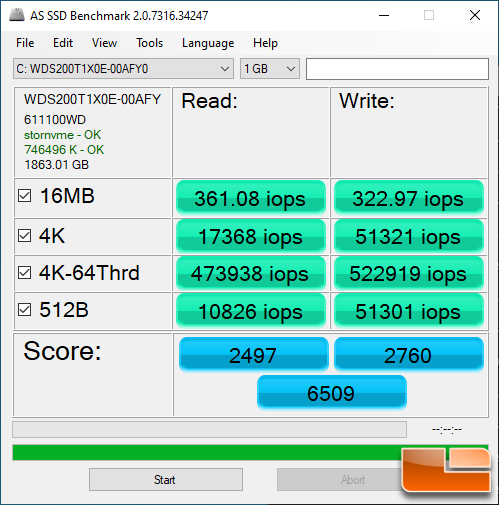 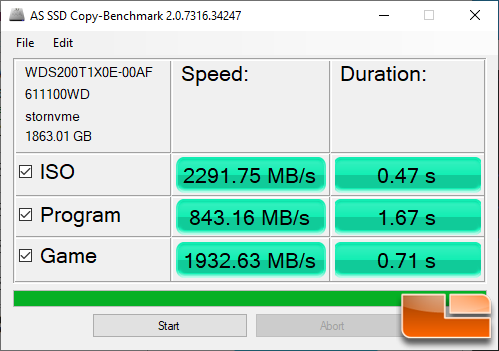 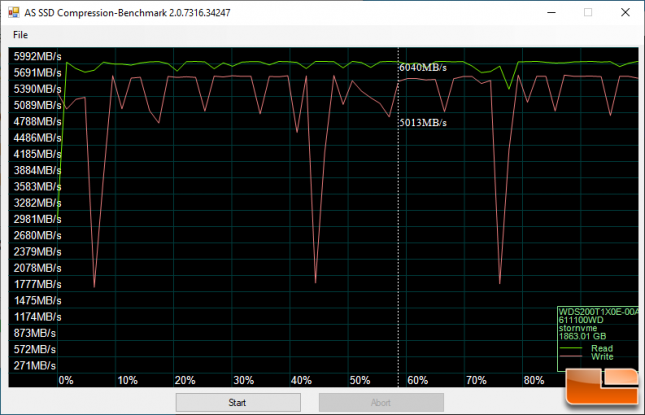 Benchmark Results: For this benchmark chart you would ideally want to see a straight line as you dont want any compression performance loss as the test goes from 0% compressible to 100% compressible data during the benchmark test period. Things were pretty flat here on the read side, but there are obviously three big performance drops on the write side that we don’t like to ever see.