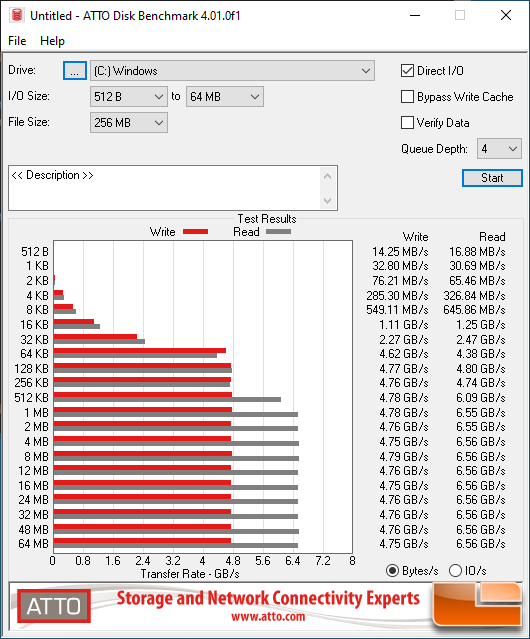 Benchmark Results: On ATTO Disk Benchmark found that the WD_Black SN850 2TB PCIe Gen4 SSD topped out at 4.79 GB/s write and 6.56 GB/s read at the standard queue depth of 4. We charted the results of the drive at the 128KB I/O size and found that it had the second highest read speed of any that we have ever tested and the third highest write speed. 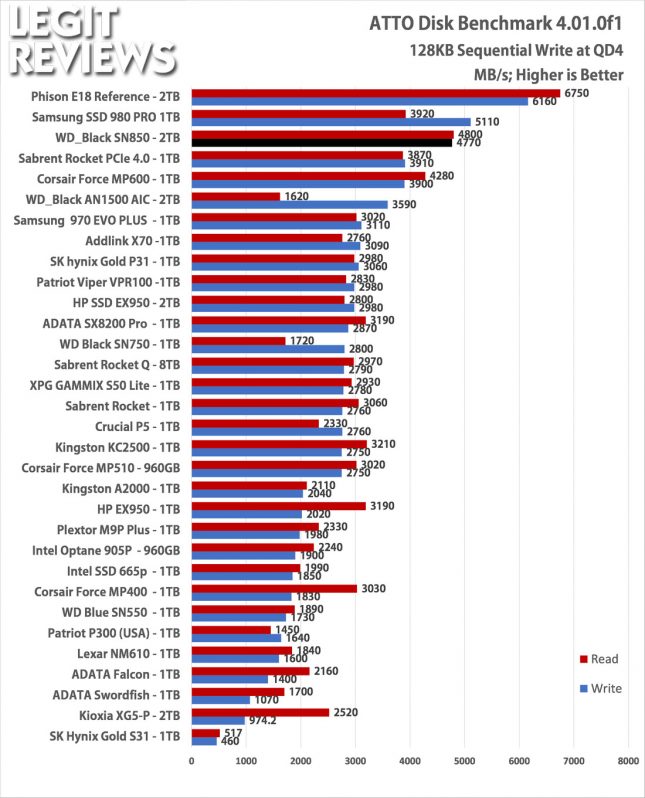 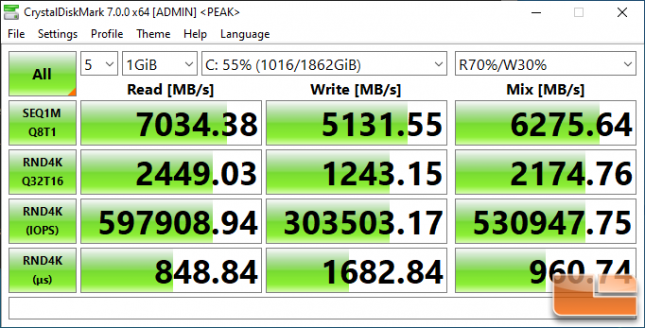 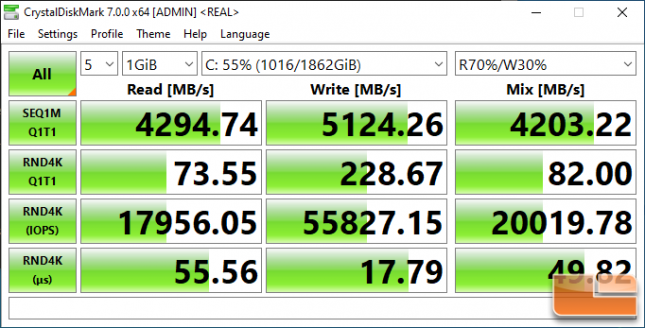 Benchmark Results: CrystalDiskMark 7 is pretty much the industry standard to get peak performance numbers and here the WD_Black SN850 2TB PCIe Gen4 x4 SSD topped out at 7,034 MB/s read and 5131 MB/s write at QD8. The Random 4K performance at QD1 was 74 MB/s read and 229 MB/s write. Very solid scores for an AMD Ryzen 5 3600X system with no optimizations and a standard install of Windows 10. Please keep in mind that these scores are on the SN850 running as the primary OS drive and it is filled to 55% capacity. Many sites test storage drives as an empty secondary drive and disable drive indexing on that drive to improve their benchmark numbers. That is something that we are not doing in this review and it takes more time and effort to do it like we are.