It is great to see PCIe Gen4 drives to be hitting the storage market in force. It feels like we’ve been waiting forever for PCIe 4.0 drives to come! The initial performance of the WD_Black SN850 is impressive and the timing of its release is likely no accident. The AMD Ryzen 5000 series processors just recently came out and the Sony PlayStation 5 and Microsoft Xbox Series X came out this very week. Gaming hardware is all over the news, so why not release a killer storage drive for that market!

When it comes to performance the WD_BLACK SN850 did really well in our testing and the 2TB model topped out at 7,034 MB/s read and 5,131 MB/s in CrystalDiskMark. Not bad considering this capacity is rated at 7,100 MB/s read and 5,100 MB/s write. Our testing is done as a primary OS drive with 55% fill, so it is a little tougher to hit those peak numbers with a setup that is more akin to what users will be doing.

The one thing that we did notice with the WD_BLACK SN850 is that it does tend to run a bit hot as we were able to push the drive past its 88C critical thermal limit and trigger a throttle event with large file transfers. If you move around large files often (40GB or larger) then you’ll want to ensure that you have good airflow around the SN850. A WD_BLACK SN850 version with a heatsink is coming to market soon, so it will be interesting to see how much a heatsink will help the drive. 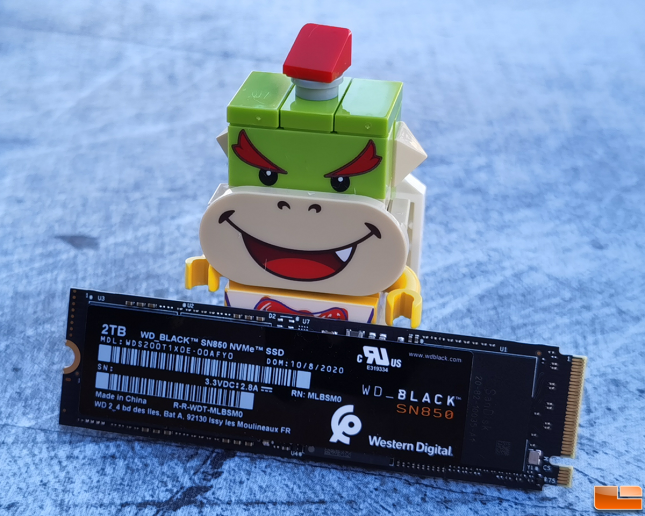 Pricing on the WD_Black SN850 NVMe series reflects that this is a premium flagship model. Right this second the WD_BLACK SN850 500GB model is going $160.99 shipped and the SN850 1TB is commanding $257.74 shipped on Amazon from 3rd party retailers. These prices are actually a bit over their MSRP, but we once they become more readily available in the market the pricing should improve.

Legit Bottom Line: The WD_BLACK SN850 is one of the best performing PCIe Gen4 drives on the market today and delivers impressive performance!