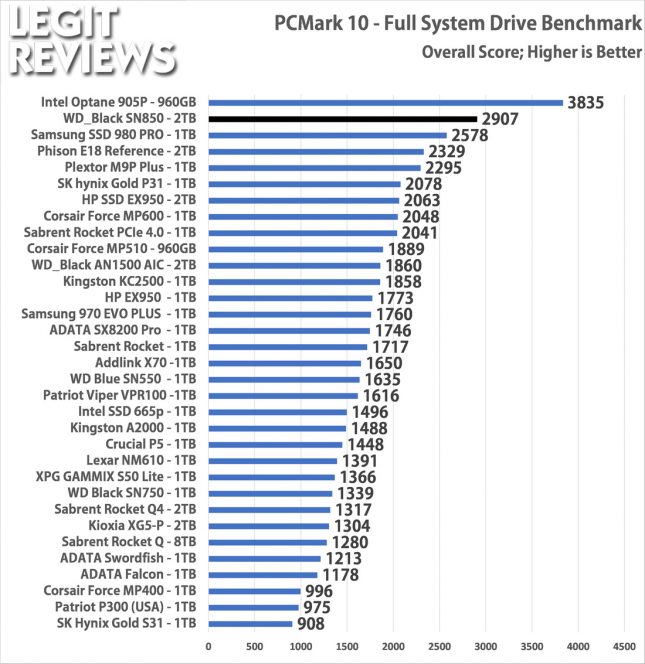 On the full system drive benchmark the results had the WD_Black SN850 2TB drive finishing with an overall score of 2,907 points. That makes it the fastest NAND Flash based SSD in the chart and second to only the Intel Optane 905P SSD that used 3D XPoint memory. 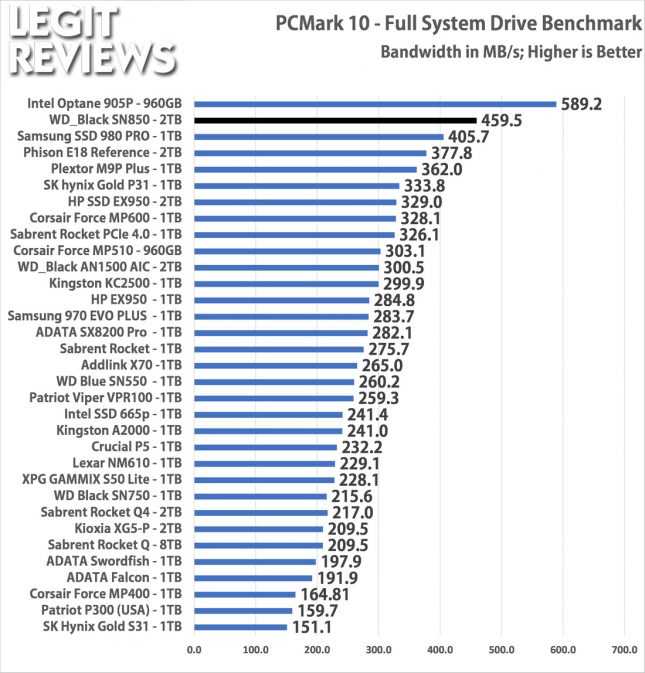 The PCMark 10 Storage Benchmarks overall score is calculated from the bandwidth and average access time sub-scores. The bandwidth subtest is defined by UL in PCMark 10 as bandwidth = bytes / busy_time_for_read_and_write. Here the SN850 2TB averaged 459.5 MB/s, which is over 13% better than the Samsung SSD 980 PRO 1TB PCIe Gen4 drive. 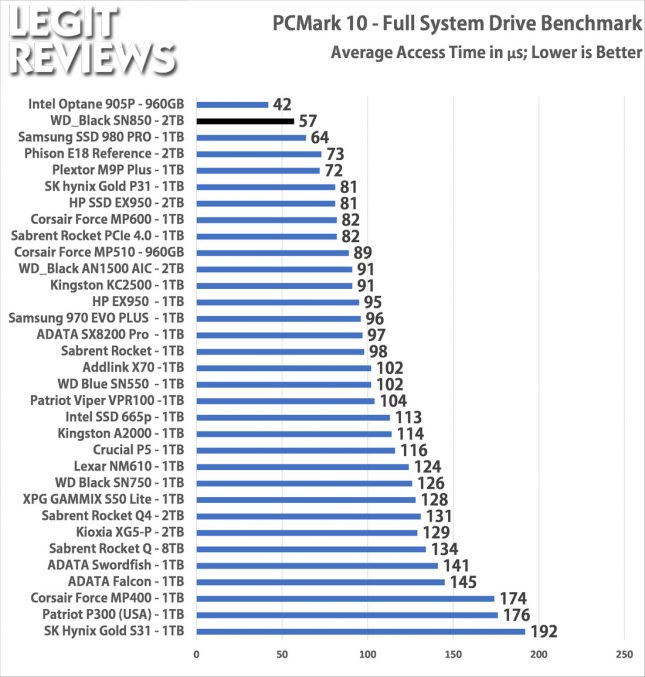 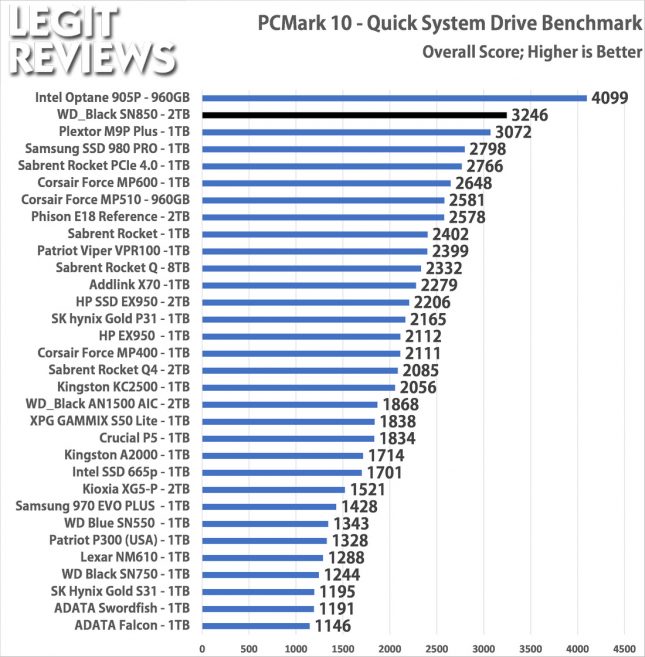 On this lighter workload the WD_Black SN850 kept the number two performance spot with an overall score of 3,246 points in the PCMark 10 quick storage test. 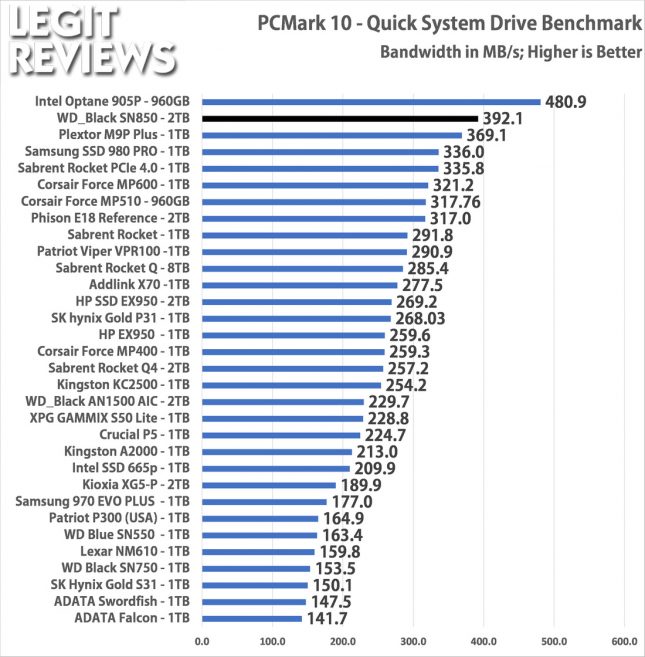 In the PCMark 10 quick storage drive benchmark bandwidth test the SN850 finished at 392.1 MB/s. This is 17% faster than the Samsung SSD 980 PRO for those that are looking for what PCIe Gen4 drive to buy today. 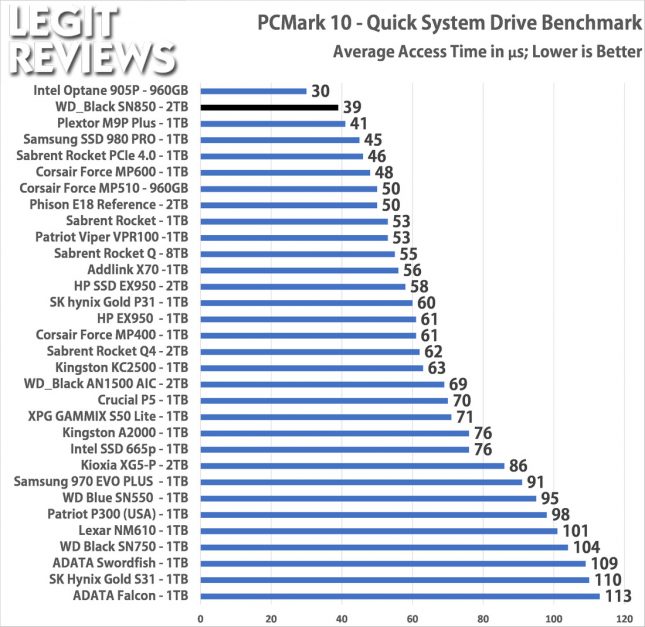 The average access time on the SN850 2TB SSD was 39 microseconds for the quick system drive benchmark workload.