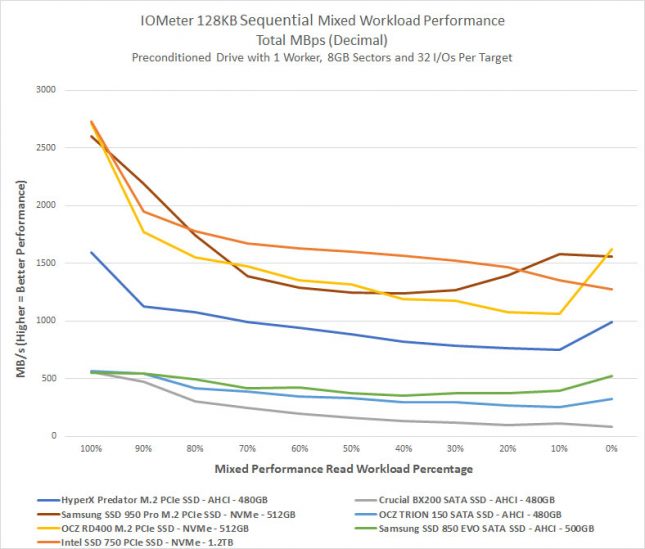 The Toshiba OCZ RD400 512GB drive did very well in the mixed workload test and gave us something close to the traditional bathtub curve that we’d generally expect to see in the 128KB sequential mixed workload test. The Samsung SSD 950 PRO 512GB drive was faster in half of the tests and not as fast in the other half, so Toshiba has a really competitive drive here! It would have been nice to see Toshiba pull ahead of Samsung in the 80/20 workload mix, but Samsung still leads in the more popular mixed workloads. 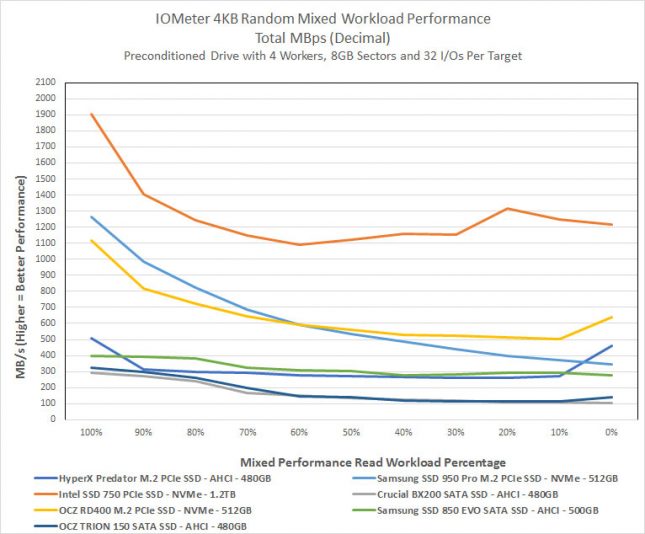 When looking at 4KB Random mixed workload performance we again see the bathtub curve and once you get beyond 60/40 read/write loads the Toshiba OCZ RD400 512GB drive has a higher MBps performance level than the Samsung SSD 950 PRO 512GB drive!