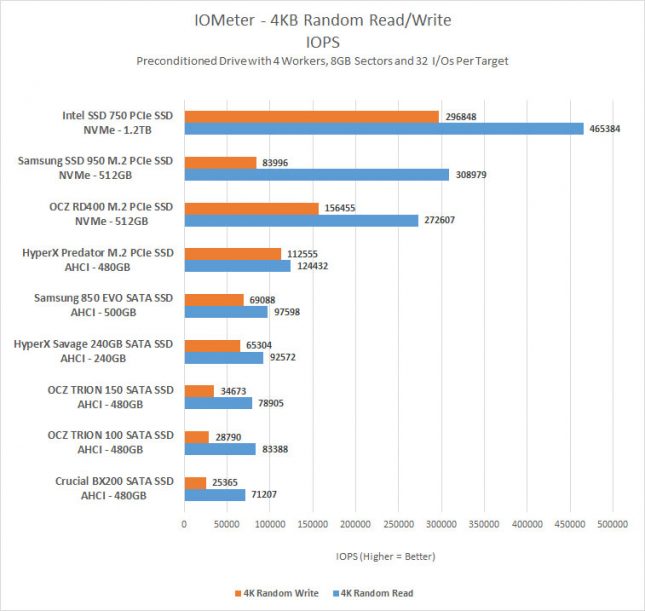 IOPS is the main thing we are looking at in this test scenario and the Toshiba OCZ RD400 512GB SSD is rated at 190k IOPS for the 4K Random Read and 120,000 IOPS for the 4K Random Write. Our testing showed that we were only able to get 272,607 IOPS read and 156,455 IOPS write on our pre-filled drive right after a secure erase was complete.  This is higher than the performance specifications for the drive, so we are happy to see these results. 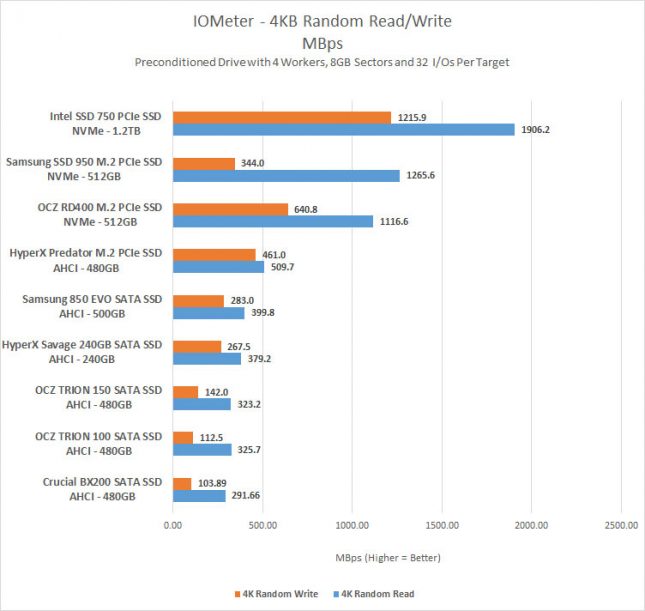 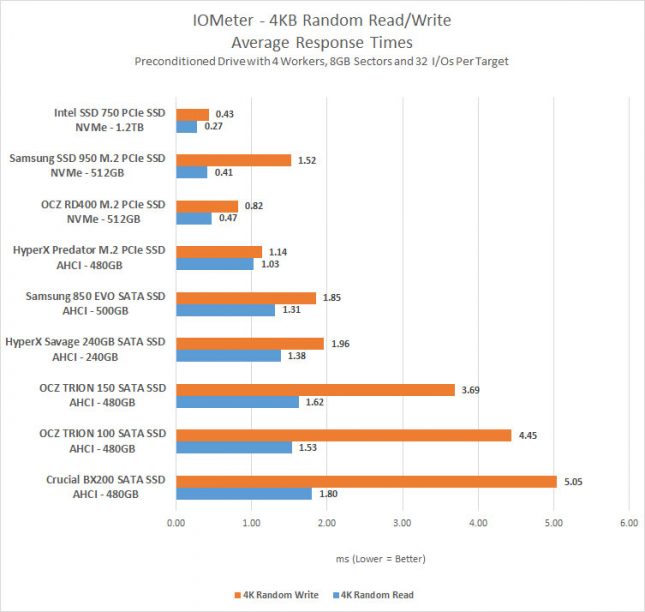