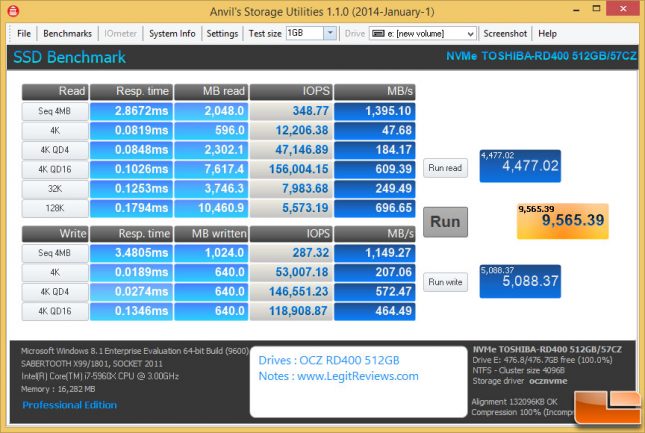 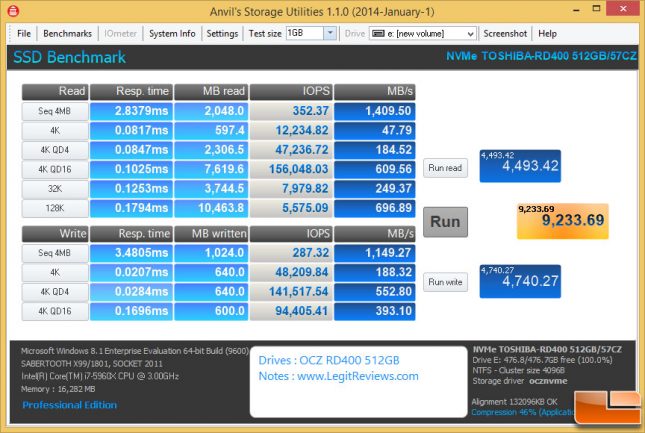 Benchmark Results: With the compression at 46% to help mimic real world applications better the performance on the Toshiba OCZ RD400 512GB PCIe SSD scored slightly lower at 9,233.69 points. The lower score appears to have been from lower 4K write scores.