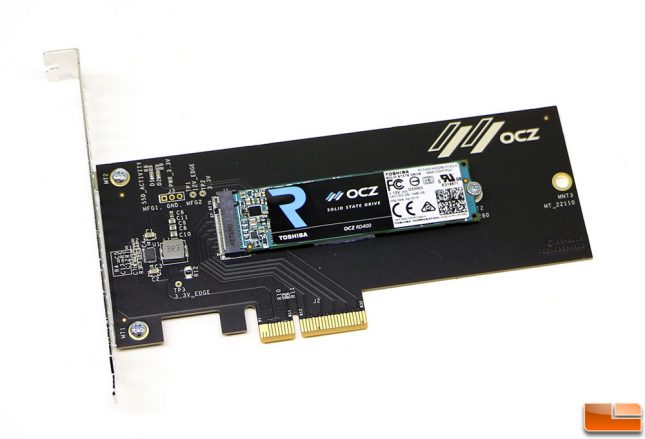 The Toshiba OCZ RD400 really caught us off guard when it comes to performance. We knew the Toshiba XG3 was fast as we’ve heard people talking about how great it was, but we didn’t pay too much attention as it was an OEM only part that is hard to find and we don’t recommend buying storage drives from random people on eBay. You just don’t know the history behind some of those OEM only drives and you usually don’t get any manufacture support let alone a warranty. The Toshiba OCZ RD400 series gives you the ability to get the amazing performance of the Toshiba XG3 series in a retail package with OCZ and you can get the proper add-in card, OCZ NVMe drivers, SSD Utility and 5-year warranty to go along with it. 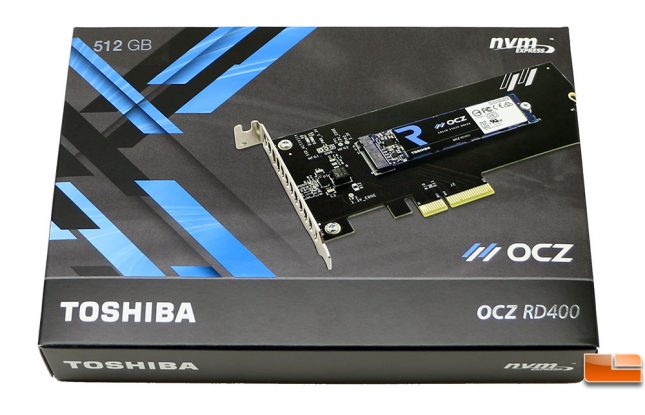 Performance of the Toshiba OCZ RD400 was impressive and it was competitive with the Samsung SSD 950 PRO and Intel SSD 750 Series and that is tough. Intel and Samsung appears to have the high-end M.2 PCIe NVMe SSD performance market wrapped up, but that obviously isn’t the case. This drive is fast and it will appeal to storage enthusiasts!

The Toshiba OCZ RD400 is available to purchase right now Newegg for slightly over MSRP and should be up on Amazon soon. Prices are higher than MSRP since it’s launch day, but we expect the street prices to settle down in the near future and wan’t wait to see what that will be. The Samsung 950 Pro 512GB drive is $316.99 shipped on Amazon, so at $309.99 (MSRP) the OCZ RD400 512GB drive is already less costly and usually the street price is lower than the MSRP. Keep an eye out for the OCZ RD400 series as the performance is solid and we didn’t come across any cons. That is pretty rare on storage drives these days and really impressive considering this is their first consumer-based M.2 NVMe SSD to come to market. 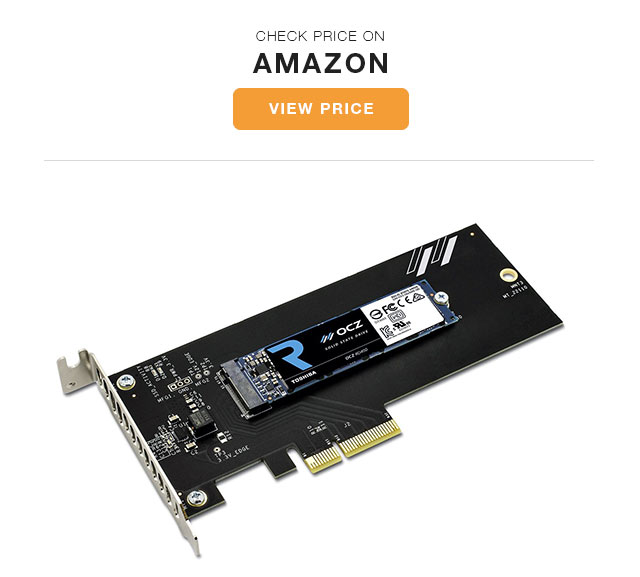