The readout on CrystalDiskInfo 6.8.2 shows that the OCZ RD400 512GB SSD support S.M.A.R.T. and uses the PCIe 3.0 x4 interface. The drive we received had firmware version 57CZ4102 (V1.02)  installed and that is the version that we used for general testing and benchmarking. 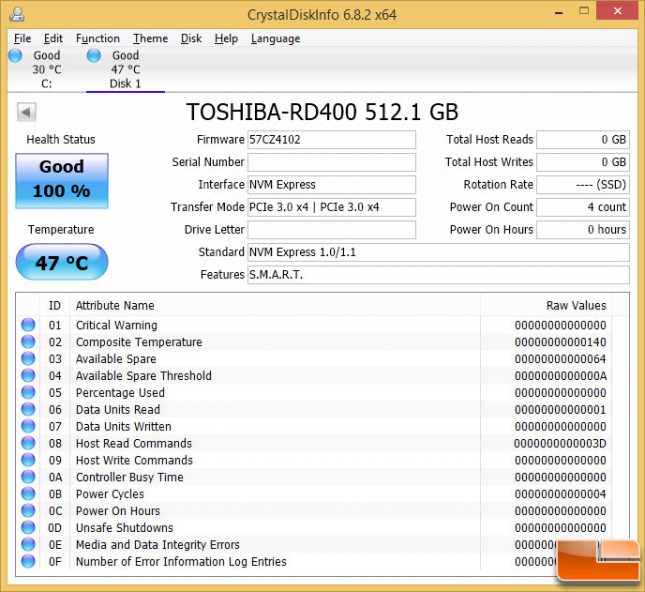 The overall capacity shows up as 476GB on the OCZ RD400 512GB SSD in Windows. Note the idle temperature… Without a fan we were at 47-50C and with a 120mm case fan blowing air across the card we were down to 40-43C at idle. At full load you can hit 80C and throttle the drive with poor airflow, so be sure to have proper cooling over the card! 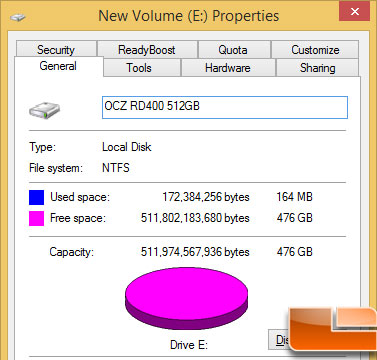