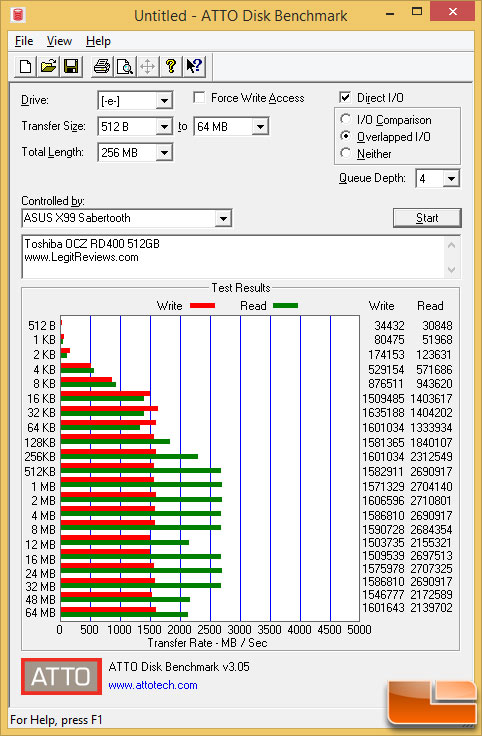 Benchmark Results: The Toshiba OCZ RD300 512GB drive reached 1848 MB/s read and 1540 MB/s write in the standard sequential write test. The Random 4K performance on the drive was 49 MB/s read and 225 MB/s write. When we ran the test again set to 0Fill mode we found that the read scores were pretty close to the same. At a larger queue depth of 32, the Toshiba OCZ RD400 SSD had an impressive sequential read result of over 2600 MB/s and nearly 1550 MB/s write.