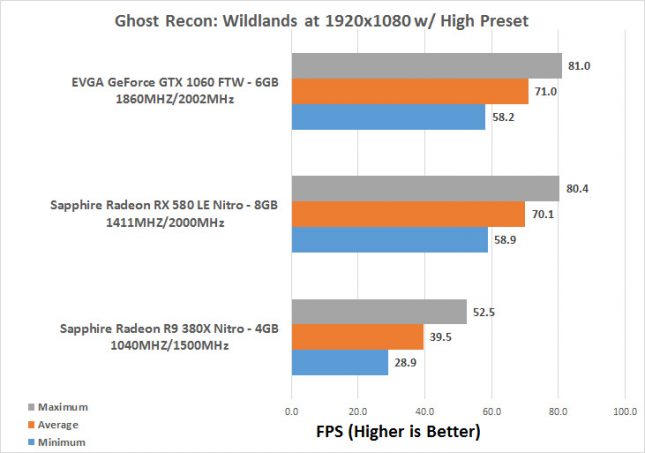 1080P Benchmark Results: Ghost Recon Wildlands is a pretty tough game title when it comes to graphics and at 1080P with just the high preset we were getting around 70-71 FPS on the Radeon RX 580 and GeForce GTX 1060. This is 77% increase over the performance of the Radeon R9 380X, so here is an example of a new game title that crushes older cards. 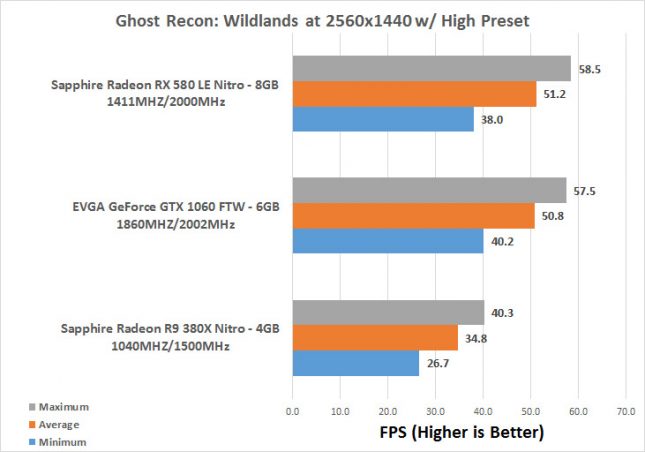