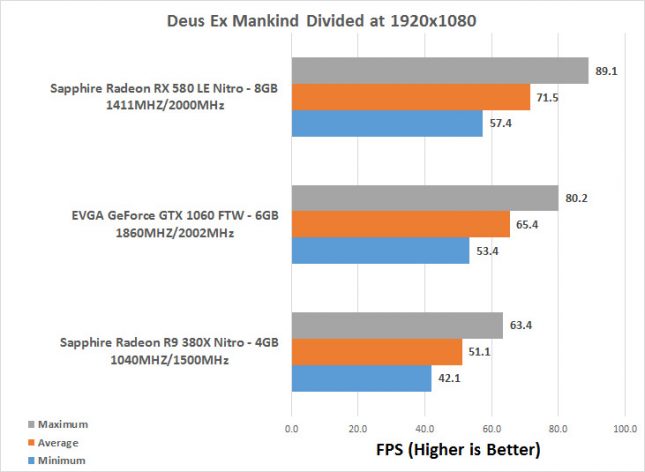 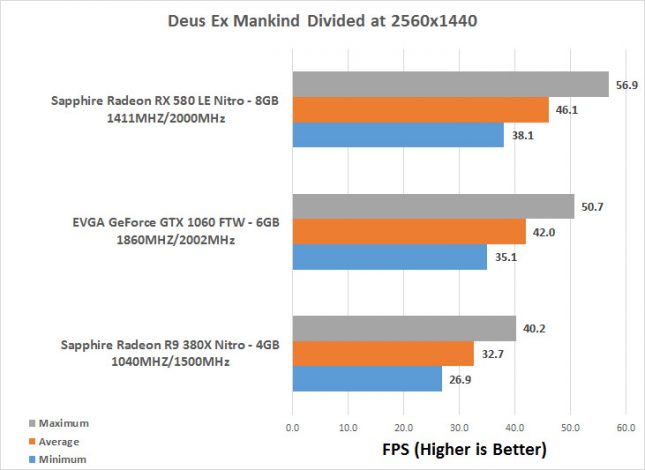 1440P Benchmark Results: On a 1440P display we found that none of these three graphics cards could even reach 60 FPS with the high image quality preset, so to play this tough DX12 game title at 1440P you’ll need to drop it down to medium. The Sapphire NITRO+ RX 580 8GB Limited Edition was 41% faster than the 380X and 10% faster than the GeForce GTX 1060.