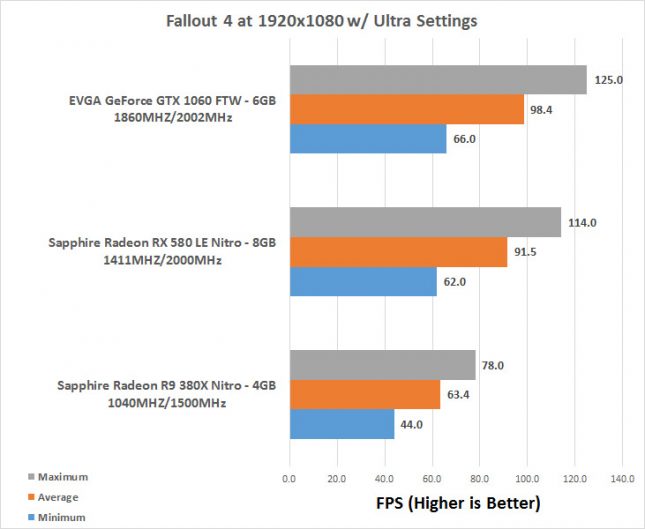 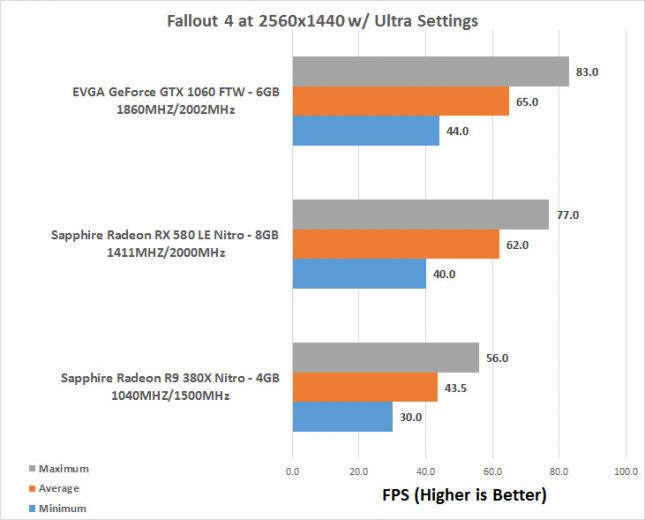 1440P Benchmark Results: With the resolution cranked up to 1440P the EVGA GeForce GTX 1060 FTW beat the Sapphire NITRO+ RX 580 Limited Edition by 3 FPS on average.