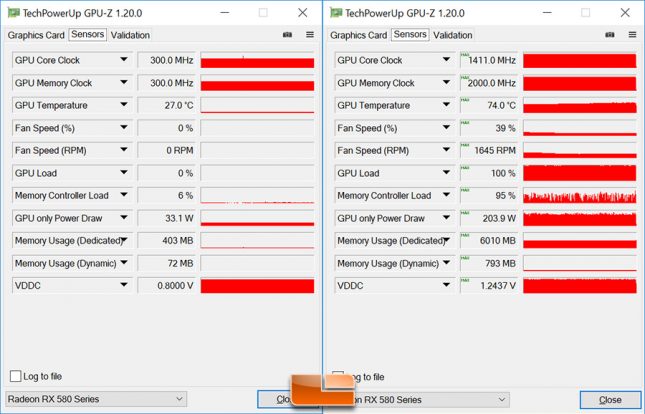 When it comes to temperatures both of the cards we great despite the tiny heat sinks! We were seeing 27C idle with no fans spinning and 74C at load on the Sapphire NITRO+ RX 580 Limited Edition graphics card. The fan speeds got up to 39% and that had the fans running at 1645 RPM and they were a bit noisy at that speed. 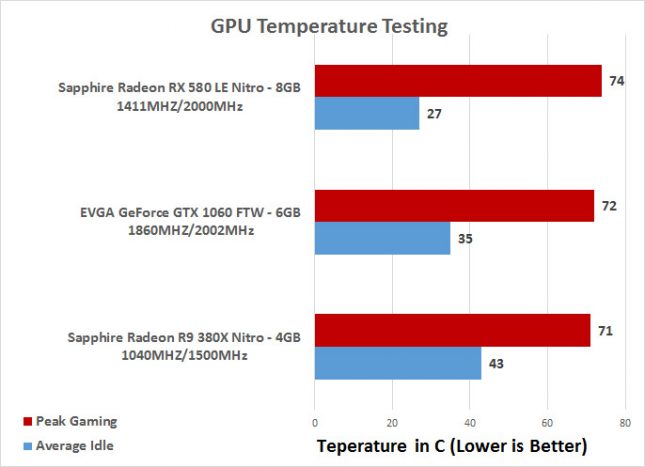 When it comes to GPU temperatures all three of the cards that we benchmarked today are right around 70C at load, so there isn’t a big difference at load. The Sapphire NITRO+ RX 580 Limited Edition was the coolest at idle and all three cards had 0dB fans at idle that did not spin. 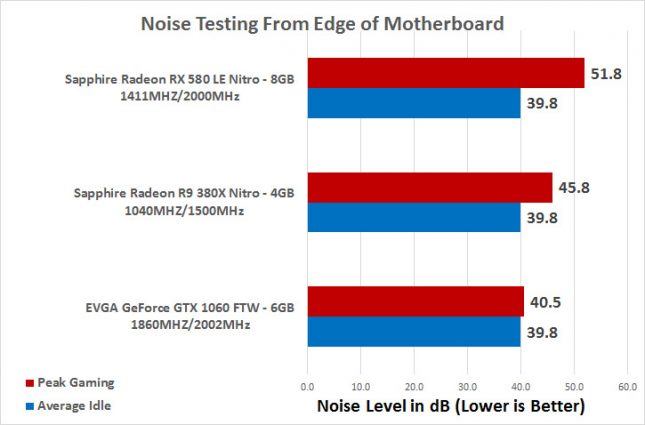 If there was one area to ding the Sapphire Radeon RX 580 Limited Edition graphics card that would most certainly be in the noise department. With the fans running at 29% or ~1650 RPM they can certainly be heard over the water cooler and other system fans.