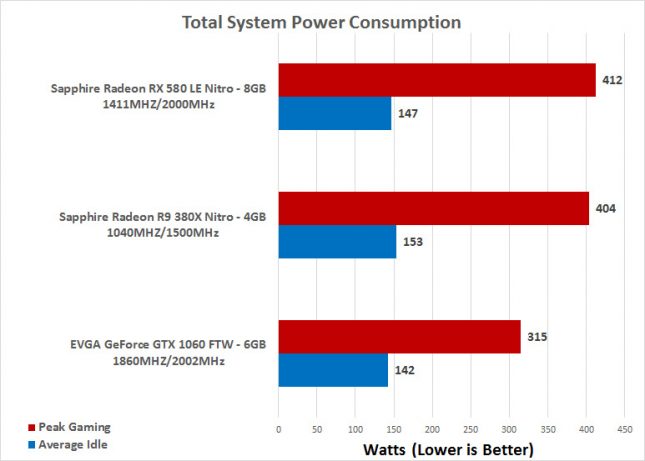 Power Consumption Results: With the Sapphire NITRO+ Radeon RX 580 LE installed in the system we topped out at 412 Watts when running BF1 at 1080P resolutions and used 147W at idle. Not bad power numbers, but the GeForce GTX 1060 FTW card by EVGA topped out at just 315 Watts, so this particular NVIDIA card at times uses nearly 100W less power!