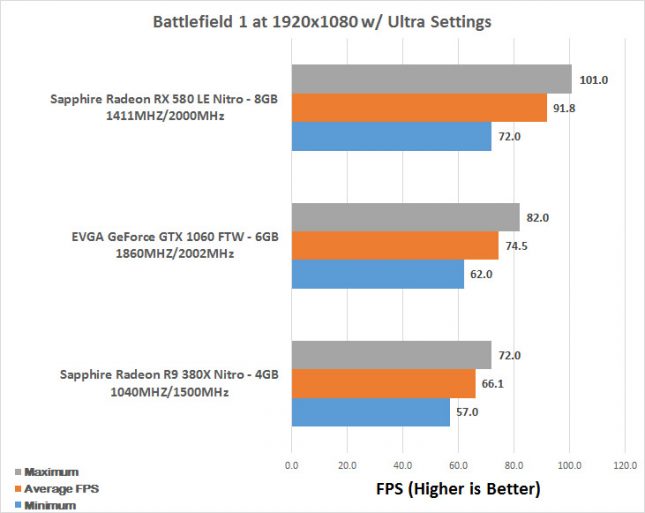 1080P Benchmark Results: At the popular 1080p gaming resolution the we were happy to see that all three graphics cards were able to average at least 60 FPS as the Sapphire NITRO Radeon R9 380X is pushing 2 years old. The new Sapphire NITRO+ RX 580 8GB Limited Edition averaged 91.8 FPS and that is 39% improvement over the Nitro 380X and 23% faster than the EVGA GeForce GTX 1060 FTW 6GB graphics card. 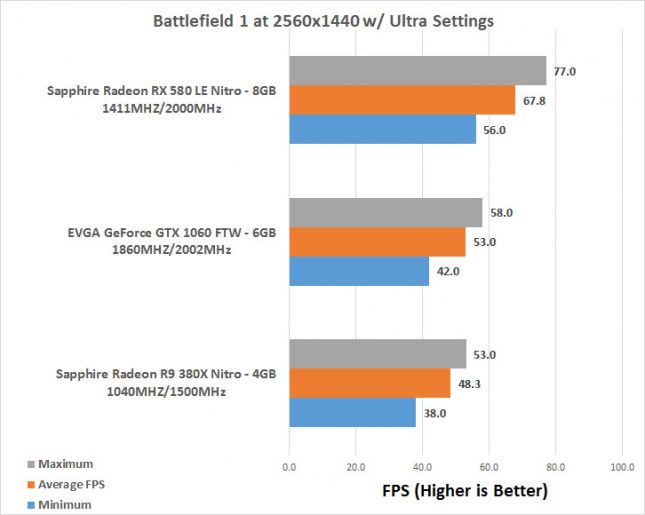 1440P Benchmark Results: When we went up to a 1440P screen resolution on our display we found the Sapphire NITRO+ RX 580 8GB Limited Edition graphics card was 40% faster than the Radeon R9 380X and 28% faster than the EVGA GeForce GTX 1060 FTW. It looks like the Sapphire NITRO+ Radeon RX 580 LE might be a compelling upgrade for gamers with a graphics card over 2 years old, but this is just the first benchmark test of six games and three synthetic benchmarks, so let’s keep going.