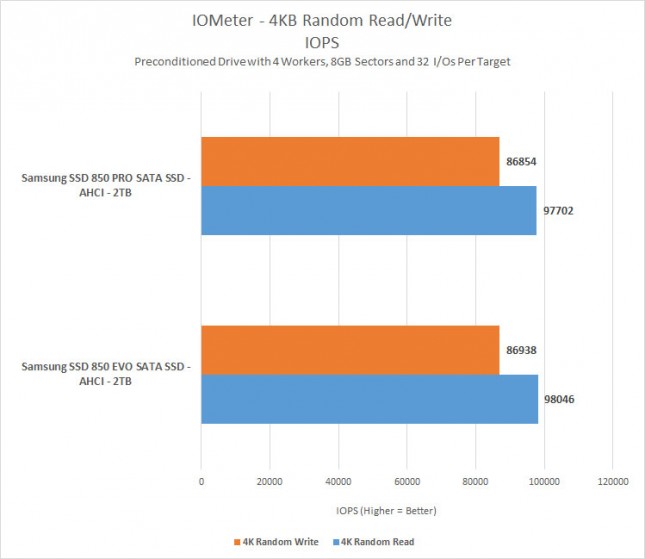 IOPS is the main thing we are looking at in this test scenario and the 850 PRO 2TB drive is rated at 100k IOPS for the 4K Random Read while the 850 EVO 2TB drive has a slightly lower rating of 98k IOPS. Both drives are rated at 90,000 IOPS for the 4KB Random Writes. On our conditioned drives we hit ~98,000 IOPS Read and ~87,000 IOPS Write. Both drives are performing nearly the same! 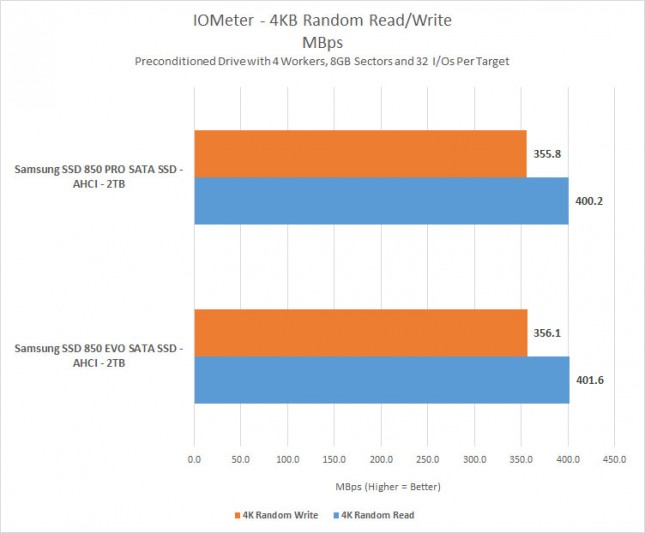 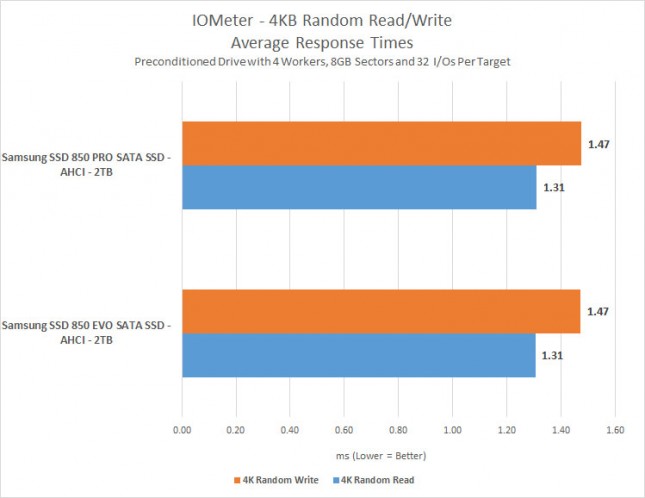 The response times on the Samsung SSD 850 EVO and 850 PRO 2TB SATA III SSDs were below 1.5ms for both read and write operations, which is great for a SATA drive.