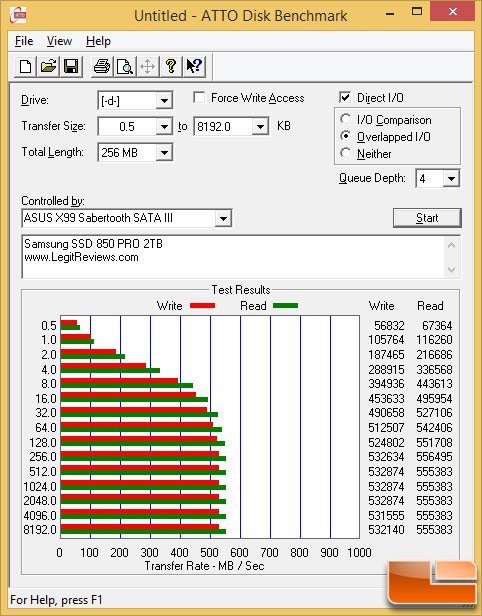 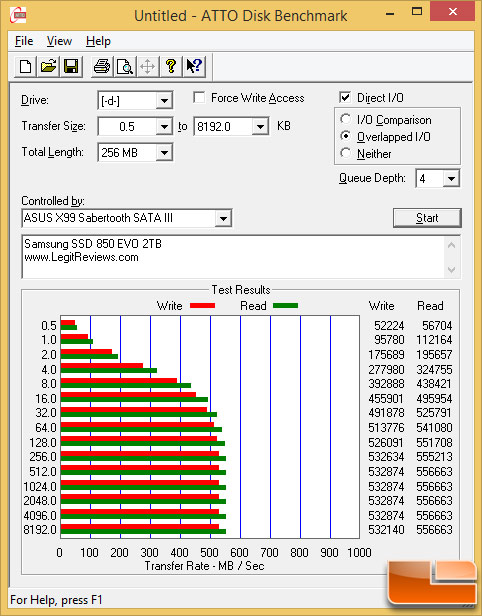 Benchmark Results: ATTO showed both the Samsung SSD 850 PRO and 850 EVO 2TB drives maxing out at 556 MB/s read and 533MB/s write in the standard overlapped I/O benchmark. If you look at some of the smaller file sizes you’ll see the Samsung SSD 850 PRO is performing at a slightly higher performance level until the drives start to plato at their peak sequential read/write speeds.