The readout on CrystalDiskInfo 6.3.2 shows both the Samsung 850 Pro and 850 EVO 2TB SSDs support S.M.A.R.T., NCQ, TRIM and DevSleep. The drives we received were pre-production loaner samples that have firmware version EXM02B6Q for the 850 PRO 2TB and EMT01B6Q on the 850 EVO 2TB. Samsung said that the might change or update the firmware before product ships to retail market sometime in July. The Samsung Magician software supporting the 850 EVO/PRO 2TB drives is not available at this time, but it is expected to be released in the middle of August if all goes as planned. 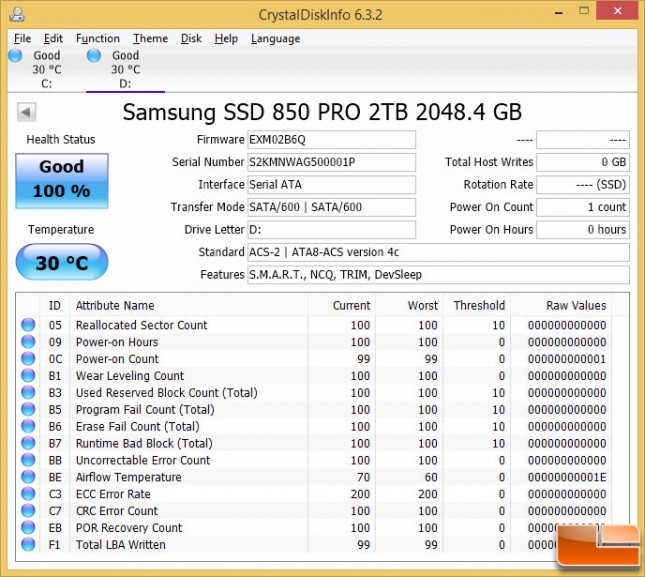 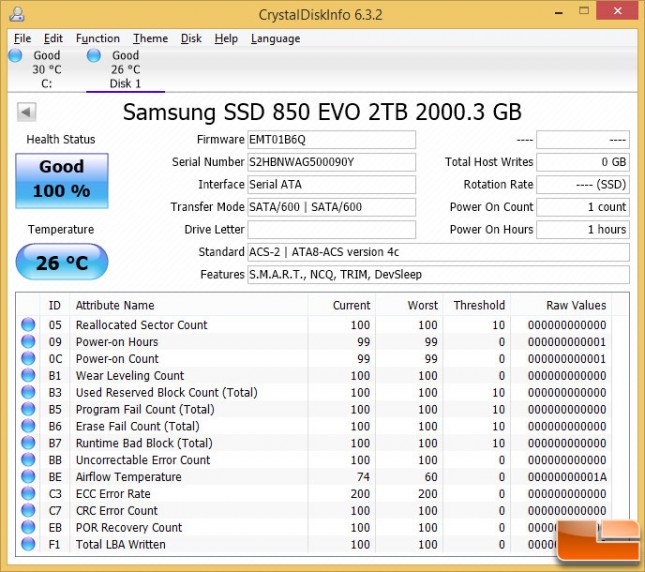