Benchmark Results: The copy benchmark test results were pretty solid with around 490 MB/s for the ISO test and then around 435 MB/s for the Program and Game tests. The Samsung SSD 850 PRO 2TB drive performed faster on all three trace tests and was significantly faster in the Program test case. 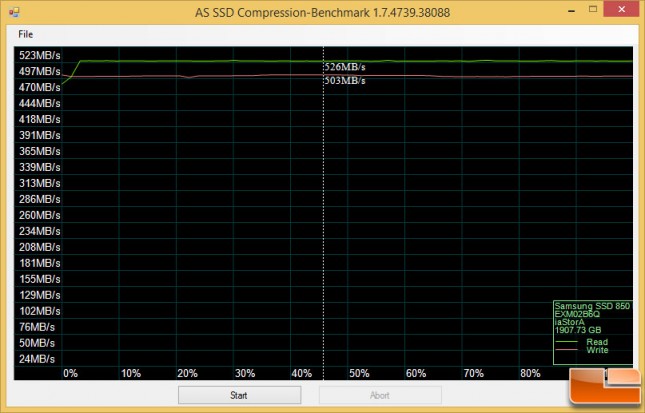 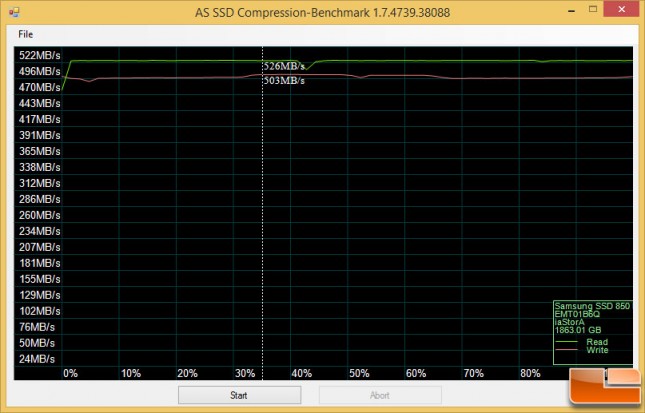 Benchmark Results: For this benchmark chart you would ideally want to see a straight line as you don’t want any compression performance loss as the test goes from 0% compressible to 100% compressible data during the benchmark test period. Performance on both drives was identical as they topped out at 526MB/s read and 503MB/s write, but you can see the Samsung SSD 850 PRO 2TB had a much straighter line and was able to sustain a higher performance rate than the 850 EVO 2TB.