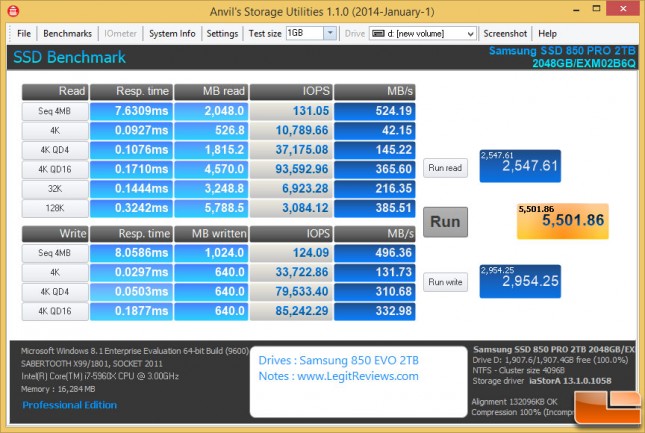 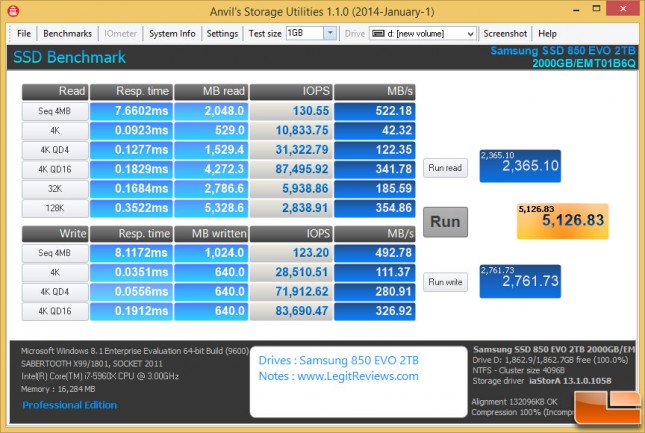 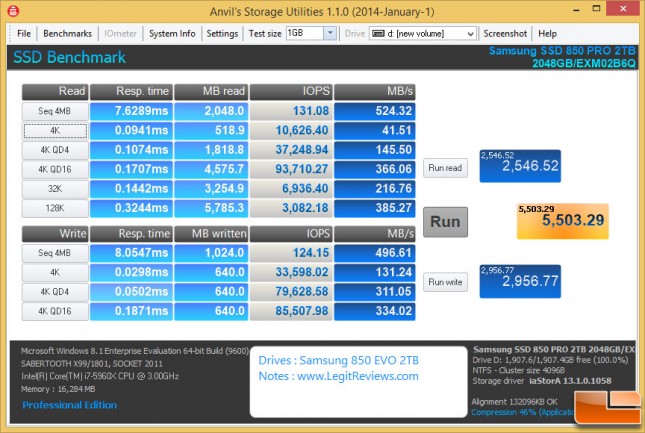 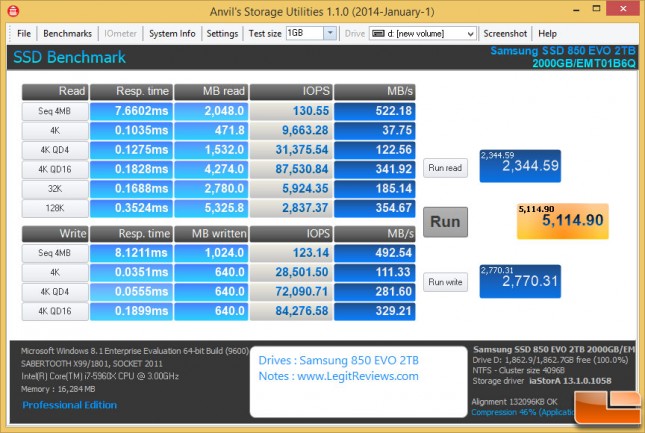 Benchmark Results: The same proved true when we ran the applications benchmark with the compression at 46% to help mimic real world applications better.